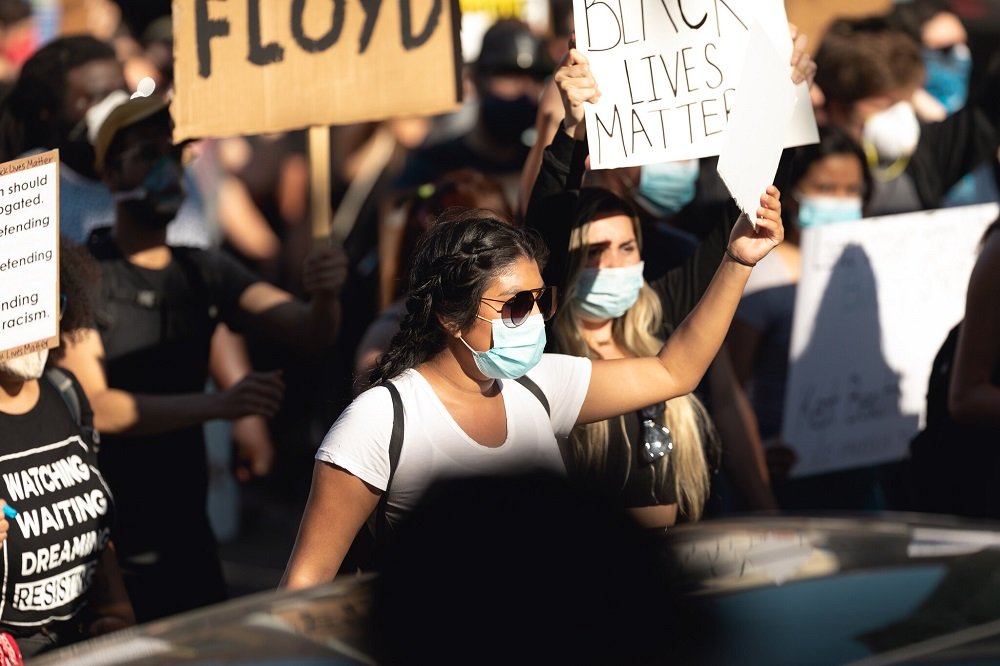 In what could now be considered a routine in Europe, another Saturday went by with protesters and counter-protesters squaring off, with open brawling in the British and French capitals. This time, at least in Britain, there were right-wing “statue defender brigades” from all over the country, vilified as “white nationalists” when they were anything but.

Predictably, in the absence of any state authority, feudal tribalism started to take shape. What we are watching live in London and in parts of Seattle is why nation-states, state authority, and neutral police forces evolved from feudalism in the first place, and what happens when they are absent or neutered, or worse, when they choose one ideology over the other. Britain is providing a natural experiment for everyone to observe.

Americans need to understand what has already happened in Britain: a Blairite revolution. Everything observable now is the logical end-state and aftermath of that revolution, which was far more radical and stealthier than anyone could have understood at that time.

Under the smooth-talking former Prime Minister Tony Blair, all forms of neutral authority were eroded, with entire police forces replaced and neutered by feminist theory-literate leftists. As a result, policing’s focus shifted towards reformation, negotiation, and monitoring of social media, instead of traditional police functions like deterring crime and punishing criminals.

Just like their counterparts in elite academia and media, these people were ideologues and apparatchiks. The result is now observable to everyone. As Peter Hitchens recently wrote, “What we now face is regime change…This is why the memorial to Winston Churchill, and the Cenotaph itself, were shamefully boarded up on Thursday night – an act of appeasement if ever there truly was one. That is why police chiefs kneel like conquered slaves to the new gods of woke, and the leaders of the Labour Party do likewise.”

1. Protests About Power, Not Justice

As the first drafts of history are being written about the ongoing cultural revolution, some common themes are observable and need to be elaborated upon. First, in Britain (following the United States), the ongoing protests are clearly not about justice but about power.

The current madness has nothing to do with George Floyd, or Black Lives Matter. Most normal people, both liberals and conservatives, are not out vandalizing. This is a planned cultural revolution, a radicalism supported by a section of academic and social elites.

In London, college-educated mobs are bizarrely shouting “hands up, don’t shoot” in a locale where the police do not even carry guns. A small minority of upper-middle-class radicals—a significant number of them white, university educated, and heavily involved in the LGBT movement—want to topple statues of great leaders such as Lord Nelson, George Washington, Thomas Jefferson, and Winston Churchill. This elite-driven radicalism is a culmination of campus activism and power grabs that have now permeated everything else.

2. A War Against Normal

Second, a significant number of people on the right at these altercations were multi-ethnic, while the overwhelming number of those on the left (like their counterparts in the United States) are liberal and woke college-educated whites. On Twitter, this is even more observable, from lefty counselors to transgender models.

It is a war against “normal,” to use the terminology of James Lindsay, like a new religion on a conquest. It has its own flag and version of a historical end state. All these post-modern radicals follow a classical Marxist lens, as far as actual policy and tactics go. One observes queer-theory-indoctrinated radicals arguing everything is masculine, and post-colonial theorists who think everything is racist.

From those lenses, it all makes sense. If everything around is evil, then there can be no co-existence, and everything needs to be burned down. As in every fringe radical movement, the vanguard is almost always primarily led by the university-educated upper-middle-class. Unless conservatives reform higher education, they will keep producing radicals who will permeate academia, media, and bureaucracy, and ultimately attempt to topple the current system.

3. The Left Is Scaring Itself

Third, this is a monster created by the left, but now they cannot control it, and that is unnerving some of them, although they cannot admit that in public. From Steven Pinker to Andrew Sullivan, one can see a lot of tweeting and eye rolling and pleading for reasoned debates, but they know it has gone past that stage. One cannot debate with fanatics.

What is more noticeable that all liberals take part in performative Trump-Boris Johnson bashing, and were silent when conservatives were purged from media and academia. Now that the purge comes for them, the fright is palpable.

But what is even more absurd, conservatives are still willing to tolerate all this. They are more bothered about their own image than restoring order, or defunding activist radical hubs at universities. The radicals, on the other hand, see politics as zero sum, and are quite happy to go to war for their religion that sees the world through the prism of conquest.

In Britain, since the unrest has now reached the statue-toppling and book-burning phase, if conservatives fail to restore order, by force if needed, reactionaries will take their place. Conservatism has turned into a passive force, but power begs to be balanced, and revolutionary movements almost always lead to a reaction.

The street brawls and formations of “statue defenders” singing “God Save the Queen” are the first signs of that. If the state cannot stop a revolution, then there is no state. People will remember weak conservative governments in both the United Kingdom and United States failing or refusing to use their power. A significant number of people will not prefer leaders who are cowardly, effete, or just simply incompetent.

A Stronger Response Is Needed, Now

Mercifully, there are a few signs that some conservatives understand where this is leading. The U.S. Department of Health and Human Services will be “returning to the government’s interpretation of sex discrimination according to the plain meaning of the word ‘sex’ as male or female and as determined by biology.”

In Poland, the presidential campaign has taken a formal position that the snowballing transgender ideology is a subversive anti-national force like communism, with a transnational flag. In the United Kingdom, some in the Conservative government want ten years’ jail term for anyone defacing and desecrating statues and war memorials, as well as ruling out any statue removal and erasure of history.

British conservatives are also rolling back the transgender self-ID plans, and planning legislation to ensure women-only spaces, thereby putting J. K. Rowling and company in a curious scenario where they would have to vote Conservative to have “literal dementors and death-eaters” save them from woke Hermiones.

Those are all fine, but not enough. The lessons of this cultural revolution are simple. It is 20 years too late, but unless conservatives urgently tackle the hubs of radicalism, from academia to bureaucracy to police forces, and use their legislative power to tilt the balance, the next time any leftist government is in power, the revolution will have the full backing of the establishment. That is a violent scenario brutal to contemplate.

Sumantra Maitra is a doctoral researcher at the University of Nottingham, UK, and a senior contributor to The Federalist. His research is in great power-politics and neorealism. You can…