Judge Nap: ‘The Bill of Rights Is Above My Pay Grade’ 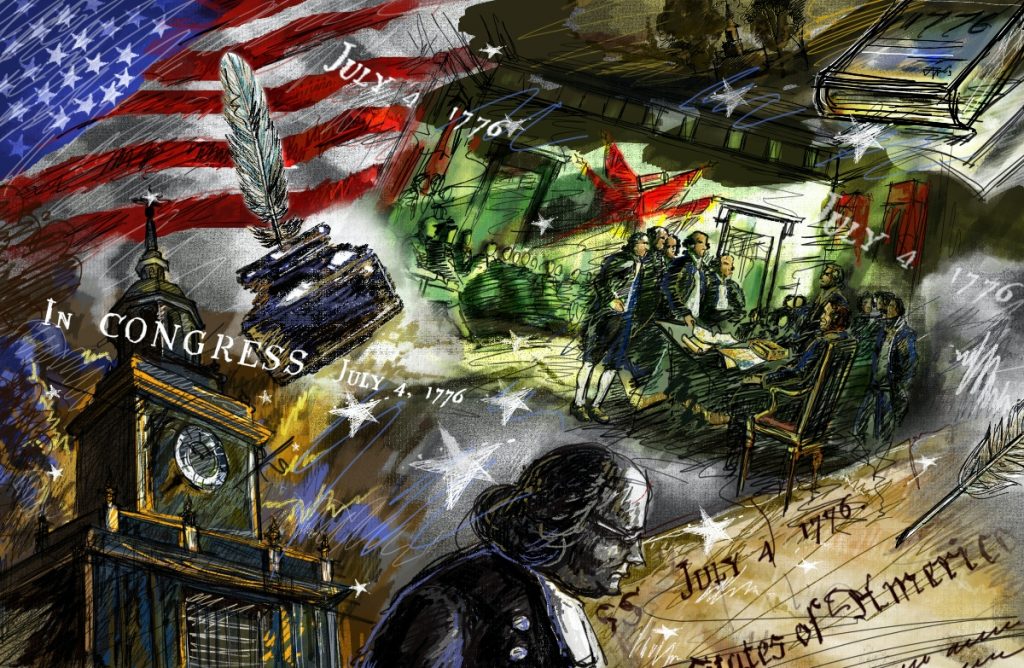 The loss of liberty is at hand.

Every day in America, mayors and governors — not one of whom is constitutionally or lawfully empowered to author laws and assign punishments for their noncompliance — are imposing new standards of behavior that nullify liberty in the name of public safety.

I have been writing about this since the COVID-19 pandemic arrived in the United States — about the consequences to personal liberty in a free society that are inevitable when those in whose hands we have reposed the Constitution for safekeeping have failed us. Their failures have also been a violation of law.

Take the governor of New Jersey, for example. In a television interview with my Fox News colleague Tucker Carlson last week, Gov. Philip Murphy uttered the words “the Bill of Rights is above my pay grade.” He then went on to confess that he had not considered the effect of his restrictive executive orders on the Bill of Rights. His orders are similar to those in other states, yet his are — by his own words — born in ignorance.

Here is the backstory.

The Constitution requires that every office holder and government employee in the land — from the president to a public school janitor, from a governor to a police recruit — take an oath to support the Constitution. Murphy took that oath when he became the governor of New Jersey in January 2018. The Constitution includes its 27 amendments, the first 10 of which have been referred to, since 1791, as the Bill of Rights.

The Bill of Rights was written by James Madison to restrain the federal government from infringing upon natural rights, the personal freedoms that are integral to our humanity and which form the fabric of American values. The 14th Amendment, enacted in 1868, generally imposes the Bill of Rights upon the states.

Hence, even though the First Amendment reads, in part, “Congress shall make no law…” abridging the freedoms of peaceable assembly, petitioning the government, following religious beliefs and exercising free speech and press, today, that language is universally accepted as commanding that no government shall infringe upon those freedoms. This is Constitutional Law 101.

It is inconceivable that Murphy does not know this.

If his comment to my colleague was intended as a joke, it was a sick one. The governor's agents have utterly trampled the rights of my fellow New Jerseyans to assemble peacefully, to tell the governor what they think of him and to ask God to intercede in this madness.

Nor can one sit in a car in a line at a town square — the quintessential venue for expressing political beliefs and grievances with the government — and shout, in unison, what one thinks of Phil Murphy.

That's because the governor and his folks have told local and state police — many of whom I know hate doing this because they believe in the Bill of Rights — that their job is to disperse people, no matter the reason for their gathering.

Let's give the governor his due. He says, correctly, that it is his job to protect the health, safety and welfare of all persons in New Jersey. The Tenth Amendment reserves that right and the power to exercise it — called police power — to the states. Stated differently, the courts have ruled that the states never ceded away police power to the federal government when they joined the Union.

But all state power must be exercised subject to individual natural rights protected by the U.S. Constitution. In New Jersey's case, natural rights are also protected by the New Jersey Constitution. So, Murphy is profoundly wrong if he thinks that New Jersey's police power can trump the federal- and state-protected and constitutionally enumerated rights in the Bill of Rights. And his efforts to make light of that or to evade confronting it show that he is unfit for office.

When I have made these arguments on Fox, I am often met with the view that it is Murphy's job — like that of all governors — to balance personal liberty and public safety, and we should give him the benefit of the doubt. That balance argument is a red herring made to seduce the unwary.

What is the relationship of liberty to safety in a free society? It is not balance. King George III claimed he was balancing the rights and safety of the colonists in 1776.

The relationship between liberty and safety is bias — a bias in favor of liberty. Liberty is the default position because liberty is the birthright of every person. Government doesn't grant us our liberty. Free people grant the government its powers. We enumerate those powers and impose restraints on their exercise in the Constitution and require everyone in whose hands we have reposed that Constitution to comply with it.

Thomas Jefferson knew this when he characterized our rights as “inalienable” in the Declaration of Independence. And Madison knew it when he crafted the Ninth Amendment so as to bar the government from denying or even disparaging natural rights too numerous to enumerate.

If Murphy does not know this, he is unfit for office. He is also unfit for violating his solemn public oath and the public trust and for trampling human freedom.