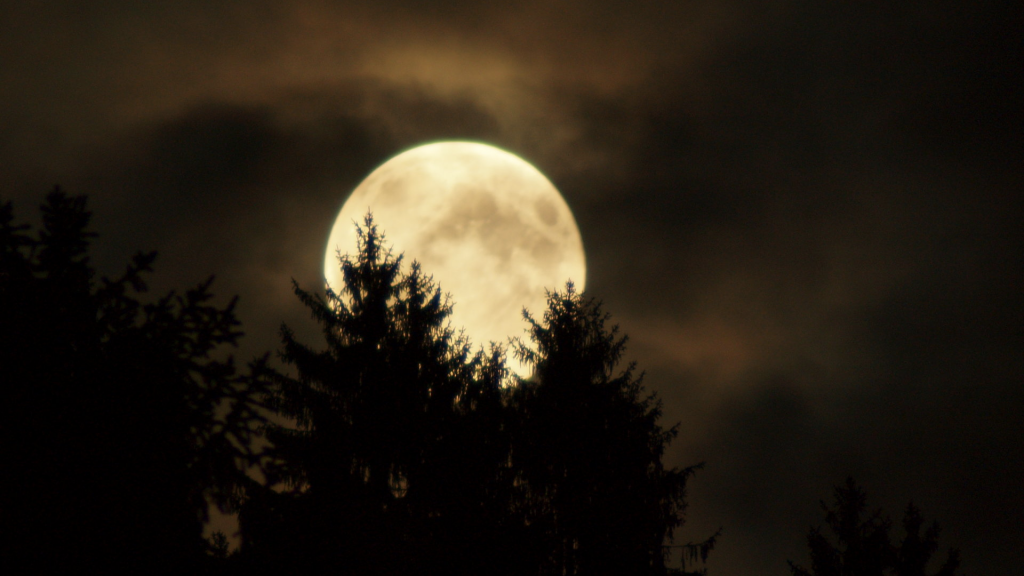 One needn’t look long at the news to see trouble brewing.

It reminds me of the old Creedence Clearwater Revival song, Bad Moon Rising.

“I see a bad moon rising, I see trouble on the way, I see earthquakes and lightning, I see bad times today.”

Part of this, of course, is a deliberate part of the ‘paid programming’ behind mass media.  Fear sells and consumers are naturally drawn toward bad news.  Marketers, propagandists, and politicians know that human beings are hardwired to respond to what scares and angers them first.

Call it the survival instinct.  Early humans needed to be leery of every twitch in the grass, every ripple in the water, and every out of place sound just to avoid being eaten by apex predators.

Fear of attack included wild animals as well as other humans.

So, we humans are naturally inclined to focus on the negatives.  That most people indulge in envy also leads to the popularity of gossip and salacious personality disputes.  It’s why reality TV shows are so popular.

Next, human beings are inclined to believe in wealth without work.  The promise of easy money and magical formulas to transform their lives into comfort and opulence is an ever present siren song.

The science of political-economy reveals that there is no such thing as a ‘free lunch’.  There are always costs to be borne by someone before consuming goods and services.  Yet humans prefer leisure to labor and have since time immemorial sought to offset their consumption onto others.

Throughout history plunder, conquest, and subjugation were the obvious vehicles for some to live at the expense of others.  Nowadays, plunder and subjugation live on under the guise of democracy.

As Benjamin Franklin smartly quipped, “Democracy is two wolves and sheep voting on what to have for dinner”.

This is why the framers of the US Constitution deliberately shunned democracy.  As James Madison wrote in Federalist #10, “democracies have ever been spectacles of turbulence and contention; have ever been found incompatible with personal security or the rights of property; and have in general been as short in their lives as they have been violent in their deaths”.

Rather than being a source of public good, democracy generates conflict and social strife.  This conflict benefits the privileged caste of politicians, bureaucrats, and the politically connected because a population that is angry, ignorant, and afraid enables them to divide and rule.

While regular people are distracted with stimulus checks and sensational media, the political caste lives high on the hog.  It all comes down to control over resources, yet most people forget that governments have no resources of their own.  All that they get comes at the expense of the people.

This is why the great French economist Frederick Bastiat noted that, “The State is the great fiction by which everyone endeavors to live at the expense of everyone else”.

The political caste has a vested interest in keeping people ignorant of this fact.  The more ignorance the more they get to redistribute (and keep the majority for themselves and their patrons).

Yet, who in their right mind would argue that governments are good stewards of resources?  After 25 years of military and law enforcement service, scratching my head wondering how things could be so messed up before awakening to the laws of economics.

Perhaps I’m just a slow learner or, more likely, the years of brainwashing by government schools, institutions, and controlled media are hard to shake off.

Yet the founders of the United States were under no such illusions.  They knew that the more resources consumed by the political caste leaves less for the people, leading to increasing conflict and a collision course with the turbulence that James Madison warned about.

The only solution to the suicidal path of democracy is to cut through the delusion deliberately foisted upon the masses.  This can only happen one individual at a time.

Yes, studying political economy is helpful.  It teaches cause and effect relationships.  As I often say, economics is the highest form of strategy and an essential skill for every warrior.

That is why I’m so glad to have access to the Liberty Dojo where reason and logic prevail.  It’s like a breath of fresh air to learn history, economics, and political theory untainted by the political caste.

If you’re looking for the light of truth amidst the din of confusion, check out the Liberty Dojo.

Until next time.  Stay sharp, stay aware, and be well.