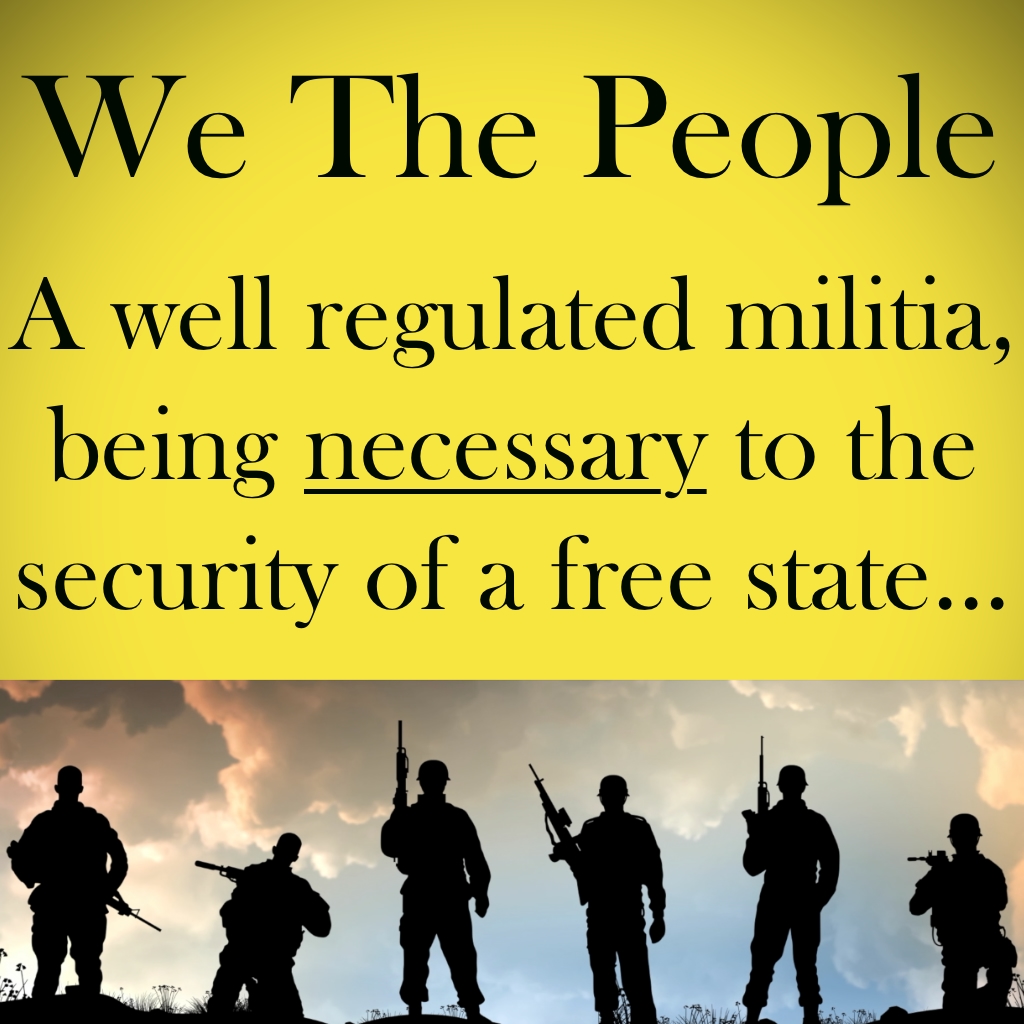 Governments have no authority to promote or subsidize modern sports yet an armed, organized, and disciplined population is necessary to maintaining security and justice in a federal republic.

The right of individuals to keep and bear arms is a natural right that precedes the formation of the United States.

The Second Amendment does not exist within a vacuum but as a critical institution within a constitutional framework of union among free and independent states.

An armed, organized, and disciplined citizenry is “necessary to the security of a free state.”

The ‘militia of the several states’ have the constitutional tasks of executing the laws of the union, repelling invasions, and suppressing insurrections.

While the President is charged to ‘take care that the laws be faithfully executed’ yet the constitutional functionaries of executing the laws of the union are the people themselves, acting locally, as the final node in the circuit of self-government.

The National Guard is an adjunct to the US Army and categorically separate from the ‘militia of the several states’ as described in Article 2, Section 2, Clause 1 of the Constitution for the United States.

Supplanting the ‘militia of the several states’ with the US Army (and later US Air Force) National Guard via the Dick Act of 1903 undermined the decentralized republican form of government guaranteed under Article 4, Section of the Constitution.

The Civilian Marksmanship Program encourages ‘individuals’ to develop firearms skills ‘in case’ they are called to serve in wartime and is generally evaluated based on its value and costs to the national army or other military bureaucracies.

The Second Amendment incorporates the individual right to keep and bear arms into an organizational structure for the maintenance of security, justice, and social order. Personal self-defense is a lesser, included, objective protected by the Second Amendment, yet the primary purposes is the security of a free state.

Neglecting to provide for organizing, arming, and disciplining the whole body of the people, as militia, has generated a security vacuum in which law has been perverted into an instrument of plunder and general lawlessness prevails.

Despite the 2005 Protection of Lawful Commerce in Arms Act, promoting the routine practice of firearms handling, carrying, and shooting activities is actively dissuaded through popular media, advertising, and most social networks.

The Second Amendment, by reinforcing the necessity of the ‘militia of the several states’ to perform federal legislative functions within local jurisdictions, is not ‘just in case’ government actors turn tyrannical. The security of a free state requires regular militia activity as a matter of maintaining a republican form of government.

Cultural aversion, social indoctrination, and regulatory burdens oriented on dissuading routine firearms handling, coupled with the nationalistic character and imperial deployment involved with service in the National Guard, has led to a decline in the armed character of American citizenship.

The absence of social inducements to participate in armed, organized, and disciplined civic organizations has undermined the security of a free state, particularly in regard to executing law, repelling invasions, and suppressing insurrections.

Common areas and public resources held in trust by government officials, such as roads, bridges, parks, borders, and other facilities are left undefended against insurrectionists, vandals, mobs, invaders, and hoodlums.

Moreover, state power has been perverted from its intended purpose of protecting people and their property, by orchestrating security and justice functions according to specifically delegated authorities through a ratified operating charter, into a looting machine of extraction and expropriation without delivering the promised services.

As a result, the people are less secure in their persons, houses, papers, and effects due to the arbitrary nature of politically debauched law administered through bureaucratic incompetence.

The security of a free state, where the blessings of liberty are secured to ourselves and our posterity, demands an armed population actively engaged in the execution of law and local security matters.

Rather than discouraging an armed culture, government agencies, in a free state, are obliged to offer vigorous encouragement for every able-bodied citizen to be proficient in the regular carry, readiness, and use of every tool and weapon conceivably suitable for militia service.

Being armed, organized, and disciplined is not merely oriented on individual self-defense but for securing a free state by executing the law, repelling invasions, and suppressing insurrections. Every able-bodied citizen has a civic obligation to be armed and ready to serve their communities, and the constitutional order of subsidiary federalism, in order for self-government to function.

Rather than continually defending the right to keep and bear arms from so-called ‘gun control’ proponents, the immediate rejoinder should be to ask why they are not performing their civic duty.

Being disciplined in the arts and sciences related to militia service requires an investment of time and resources. Time is humanity’s most valuable non-renewable resource. Time devoted to one activity cannot be recovered or repurposed.

This is why warrior sages, such as the samurai swordsman Miyamoto Musashi, advised to distinguish between gain and loss in worldly matters and to avoid engaging in things that are of no use.

By encouraging a fascination with modern sports government officials are distracting people from performing their civic duty and actively participating in self-government. It is in this space that corruption and inefficiency supplant the principles of a legal order based on mutual compact.

Skills and activities directly attributable to a well-regulated militia offer all the benefits extolled by modern sports, yet in greater degree and quality. Physical fitness, hand-eye coordination, confidence building, socialization, teamwork, and esprit de corps all develop in the martial arts and sciences.

The US Constitution limits spending from the public treasury to only those specifically enumerated and delegated functions. There is no authority to grant privileges or subsidize modern sports. That these things presently occur need to be recognized as lacking legal legitimacy and evidence of corruption a population engaged in disciplined self-government would curtail.

Congress does, however, have the power to provide for organizing, arming, and disciplining the militia. Recognizing these civic institutions as “necessary” to the security of a free state makes such provisions obligatory.

Yet, these “necessary” institutions of self-government are essentially absent from the current political configuration, as well as public discourse, indicating why there is so much dysfunction and contention plaguing the administration of security and justice.

The remedy is relatively straightforward: Cease all unconstitutional public spending and regulations promoting modern sports and redirect those same resources and privileges toward militia related activities. 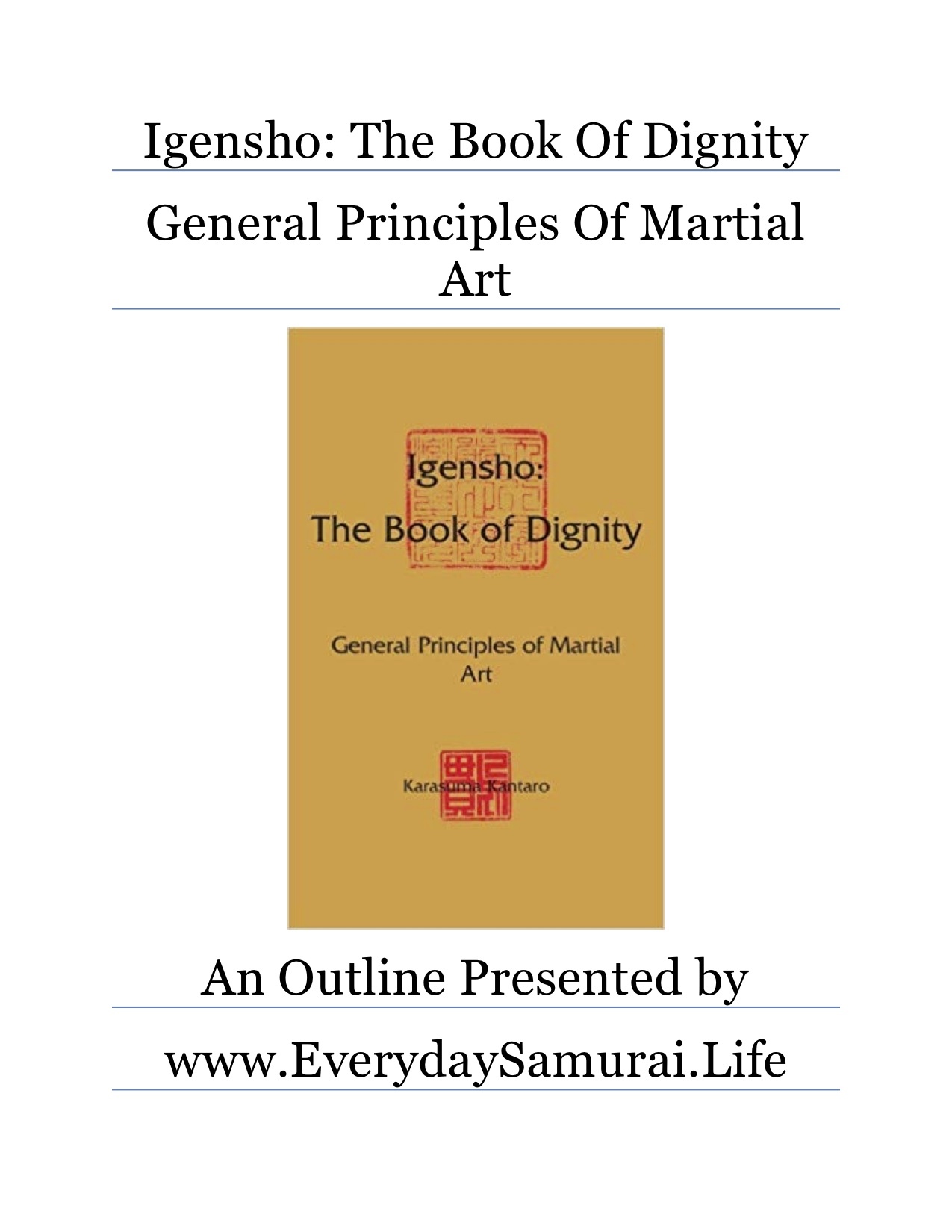