Federalist: How Politicians Will Exploit Coronavirus To Further Restrict Our Rights 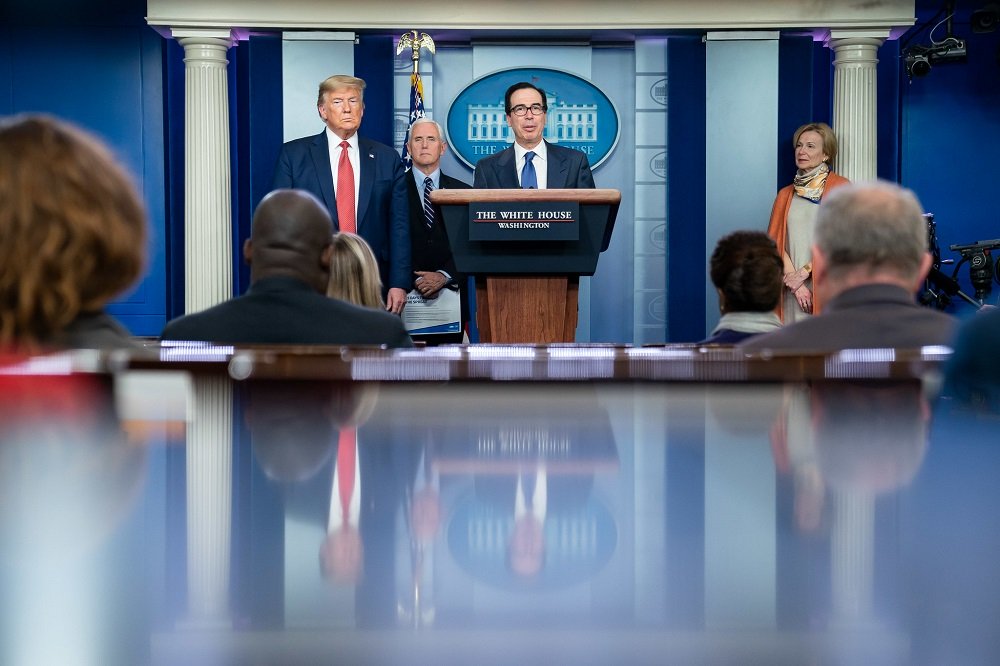 Civil liberties are a delicate thing. Governments are instituted among people to protect rights, rather than create them. In the midst of necessary action at the federal, state, and local level, citizens must be wary of the attempt to redirect legitimate concern about coronavirus into a mandate for sweeping new government powers.

A full 74 percent of voters support a nationwide lockdown due to the pandemic. With the American public desperate for answers and solutions, this could allow our politicians breathing room to craft poisonous legislative packages that will negatively affect our economic standing, personal rights, and political perspective for decades.

Take it from Barack Obama’s former Chief of Staff Rahm Emanuel, who said to “never let a serious crisis go to waste. It’s an opportunity to do things that you think you could not do before.” For the manufacture of ventilators, waiving Food and Drug Administration regulations regarding drugs and vaccines, and providing emergency funding for hospitals, the statement is entirely positive. However, as Donald Trump, Joe Biden, Congress, and a variety of governors now discover the full extent of their emergency powers, this is a potentially perilous moment for the trajectory of personal rights in this nation.

Washington doesn’t waste tragedies and crises. The best recent analogue for this event is September 11th. The terrorist attacks offered an opportunity for national unity, as well as for targeted, pragmatic use of government power. But the long term implications of a War on Terrorism also allowed for a ballooning of power in the beltway.

Sweeping actions in the name of public safety led to: the creation of the Department of Homeland Security and the Transportation Security Administration; massive growth in the power of the FBI, CIA, and NSA; and the use of secret federal courts.

Even broad-based federal initiatives with a direct tie to how 9/11 occurred are notoriously ineffective. The TSA, for example, has a particularly nasty reputation among Americans and is infamous for safety lapses. One survey determined the agency has an 80 percent failure rate in finding weapons, drugs, and explosives. It’s become more notable for harassing disabled children than nabbing the next Richard Reid.

Considering the public support for increased government power to fight COVID-19 (and more importantly, future epidemics), don’t be surprised if the next corporate bailout or stimulus check is littered with new powers of an unrestrained federal apparatus. Just as with the PATRIOT Act, which remained mostly in force for over a decade, it is much easier to hand over an attempt for a little safety than to regain your initial liberty.

Initial actions are already being taken, with groundwork being set for far more overreaches as the pandemic enters its most deadly phase. In some states, gun stores are considered “non-essential” during a time of public disorder, and were closed by the state of New York.

Vermont issued a statewide ban on the sale of what state bureaucrats consider to be “non-essential” items. The recently passed third federal bailout bill included $500 million for a new “public health surveillance and data collection system.” DC is in talks with Google and Facebook to access your private location data.

Such measures are largely happening under our noses. Due to the nature of national and international trade and travel, one of the more practical means of tracking the spread of disease is through a Sentinel Surveillance System, separate from the efforts mentioned above. The CDC laid out guidance on such an automated system that can track people in a manner not terribly dissimilar to China’s social credit monitors.

Furthermore, Congress may fund an effort to bring it to a national scale. While most Americans might recoil at the thought of Washington establishing such a means, they are voluntarily handing Google the data needed to do the same.

Should Trump use World War II-era powers to mandate businesses to produce or transport goods against their will? Perhaps—but such powers are meant to be used sparingly, and not as a broad-based approach.

The better analogue wouldn’t be the conflict that sparked the Defense Production Act. Instead, we have to look at the era of the Spanish Flu, during the critical stages of World War I. The American government’s expansion of powers under President Woodrow Wilson set the stage for the Great Depression, which in turned triggered World War II.

Wilson used the international crisis as a way to accumulate near-dictatorial powers, spy on citizens, seize ownership of industry and railroads, radically jack up taxes, and persecute political minorities even after Armistice Day. President Franklin Roosevelt, for all his faults, learned to not press as hard as Wilson in extinguishing vital rights, and President Harry Truman wisely learned to relinquish many of these powers after V-J day.

Of course, this is also an election year, which brings dual threats to our national long-term health (even aside from the pandemic). First is the fact that both parties will step all over each other to pump as much money and sign over as much power as needed to be seen as “doing something.” Second is the fact that whether Trump or Biden become president in January, both will perceive a sweeping mandate and tremendous precedent to keep building the government-government complex under the guise of protecting the nation from the next pandemic that could break out in the future.

By that point, with our nation already spiraling into debt, facing a likely steep recession, and chipping away at civil liberties, this moment might be more than a detour on the road to serfdom.

Kristin Tate is an author and columnist focused on taxation and government spending. Her latest book, “The Liberal Invasion of Red State America,” will be published by Regnery Publishing in 2020. She is a Robert Novak Journalism Fellow and an analyst for Young Americans for Liberty.