If you see the Buddha in the market, kill him! 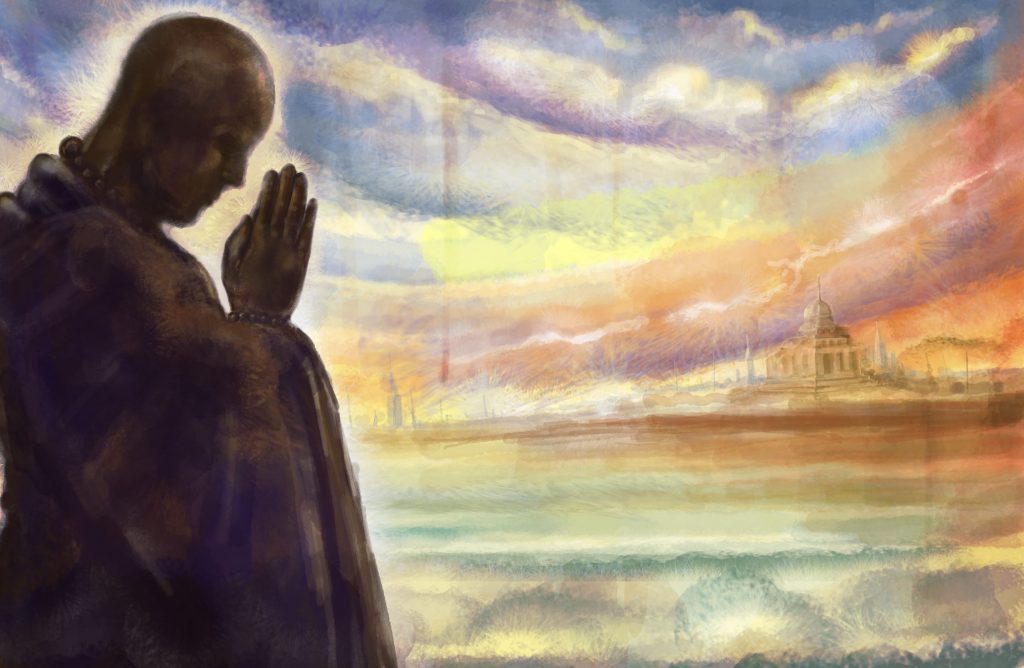 There’s a Zen riddle advising that if you meet the Buddha on the road, kill him.  This alludes to the delusion inherent with attachment to form and, because of rampant misconceptions, can also be useful when talking about the free market.  Buddhist mental science is about observing how limited human faculties constantly seek attachment to the present state of things despite an underlying reality of constant change.

Believing in an erroneous map of reality leads to suffering.  Attachment to appearances as the source of suffering is one of Buddhism’s core tenets and, therefore, any Buddha or enlightened being that a human mind could grasp is evidence of a deluded mind.  Far too often people make assertions about market activity that are rooted in delusion.

Just like a Zen riddle, anytime someone talks of what the market ‘should’ do or has failed to do, you know they are mired in, and spreading, ignorance.

Be not fooled by appearances.

Delusions get us into all sorts of problems.  Trying to pet a skunk because you think it’s a cat will lead to suffering.  Inaccurately ascribing qualities to the phenomenal world, the most common being permanence and independence, will generate similarly disappointing results.   This is especially true in the realm of economics and market activity.

A city dweller that believes milk comes from the grocery store and clothing comes from the department store may be completely ignorant of all the factors of production going into the goods readily available for sale.  Perpetuating this delusion may be a mainstream economics education that considers land and capital as homogenous inputs.  Persisting in these follies could leave the city dweller in question to enter the political sphere and believe they can centrally manage market activity without an appreciation of the real ‘chain of causation’ behind bringing goods to consumers.

The ‘dependent arising’ of goods.

Prices are ephemeral, they can rise or fall based on market activity that is not readily observable.  Consumer goods require inputs from higher order goods following a string, or web, of intermediate and tangential processes that are inconceivably complex.  Leonard Read’s essay, I, Pencil, asserted that no one individual could be responsible for making something as simple as a common lead pencil.

Murray Rothbard similarly conveyed the enormity of what it takes to create a ham sandwich, surmising that it takes several years, if not decades, of productive activity in order for his sandwich to be ready to eat.

Looking back at the ‘chain of causation’ leads to tremendous gratitude for all of the myriad unseen forces, people, and resources that make the consumption of goods in the present moment possible.

Assume nothing is already provided.  This is one of the reasons economic analysis makes use of Robinson Crusoe waking up nearly naked and afraid on a deserted island.  The lone survivor of a shipwreck has to sustain himself and carve civilization from scratch out of the raw, unrefined things found in the wild.

To understand better when it takes to carve civilization out of the wild, have a look at the Primitive Technology YouTube Channel:

Ultimately, when considering all the people, processes, resources, and efforts required to bring goods to consumers, especially with the technologically advanced goods we enjoy in modern society, there is much to be grateful for.  The people involved in cooperative enterprises do not need to know each other, and most do not.  Nor do they need to like each other or even get along.  They don’t need to know what the things they are doing will ultimately end up.

None of that is necessary for markets to work.  The elusive price mechanism is sufficient to properly incentivize these disparate ‘hungry ghosts’ toward interdependently supporting each other’s highest good.  People need only stay fully present and focused on what is theirs to do in the now moment in order to contribute to humanity’s well-being.

No person, group of individuals, or even super-computers can comprehend, let alone direct, market activities.  As soon as someone thinks they have a handle on what drives the marketplace, consumer preferences or existing production factors will change and anyone stuck in the old paradigm will be overwhelmed by the new reality.

There is no spoon.

People frequently fall into the delusion that the market is a specific place, person, thing, or entity when reality is much more dynamic.  People may reference “the market” as a term of convenience when, in fact, this is but a euphemism for the immense matrix of interactions occurring in incalculable numbers throughout the vast reaches of the known world at an incomprehensible frequency.  The New York Stock Exchange, NASDAQ, or the Nikkei are markets but they are not ‘the market’ because “The Market” does not exist. 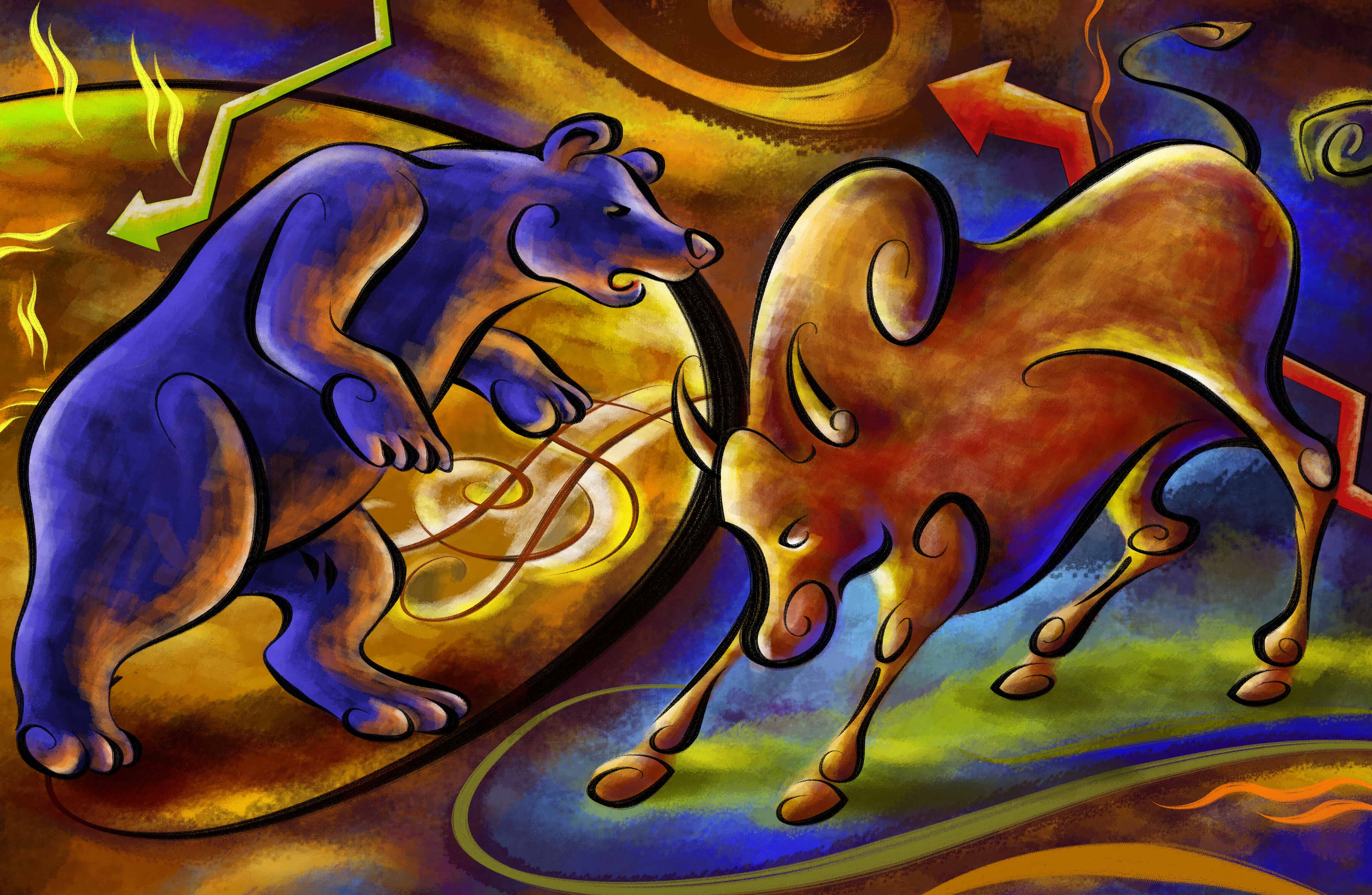 That is, any market that a human being can point to is not sufficient to describe the vast realm of market activity.  The Chinese classic, Tao Te Ching, begins with “the Tao that can be spoken of is not the real Tao”.  Buddhism is also rooted in the universal truth that reality is constantly changing and any claim to “the market” being always one thing or another is delusional.  This is why seekers of truth must kill images of the market in the same way the Zen riddle destroys assumptions about enlightenment in the mind of the ignorant.

The market for capital.

Goods employed for purposes other than the immediate satisfaction of consumer desire are known as capital.  Capital can be anything from a drill press, a fishing trawler, or a shoe shine kit.  Goods can transform instantly without any changes to their outward appearance.

Money too can be used as a capital good and, indeed, is the most regularly used form of capital since it is the most versatile to apply toward diverse applications.  Money can be used to buy new office furniture or pay employees at a startup.  In both cases, the business owner is not using the money for their own satisfaction, but as an intermediate good in the furtherance of some other goal set down the road from these particular use cases.  The money is but one tool employed in a chain of actions aimed at creating something else.

People seek money in various lending markets as a means of furthering their goals, whether that be a loan while attending school, buying a house, or funding their business.  As stated earlier, money logically the most popular form of capital because it is the most versatile.  Fishing trawlers, backhoes, and drill presses are just as much capital as would be an equivalent pile of cash.  However, only cash can readily be repurposed for other uses when an entrepreneur needs to do something other than fish, dig, or drill.

When properly understood the focus on money, cash flow and cash as king of capital markets, is quite natural.  However, people frequently mistake this focus on money as being something other than what it really is and begin ascribing qualities to markets and capital that do not belong.

This deluded thinking then begins to perceive injustice where none actually occurs.  Blame, anger and hatred all result.  Which, as Master Yoda rightly described, leads to suffering.

Technology is enabling capital formation with unprecedented speed and ease.  Sites like Kickstarter, Fundable, and Indiegogo are empowering entrepreneurs and investors to connect resources to ideas in ways unimaginable just a generation ago.

I always get a chuckle when I see socialists crowdfunding projects that will decry capital formation while at the same time decrying the vehicles providing the practical means to carry out their plans.  Then again, socialists have always had a knack for wallowing in performative contradictions and intellectual incoherence.

Meanwhile, advocates of liberty and economic freedom routinely embrace innovation.  Crowdfunding platforms, as one of the most advanced, decentralized, and popular means of capital formation, readily demonstrate the neutrality of capital.  The money flows to ideas that resonate among creatives and donors and go toward a diversity of projects.

The same folks that brought about the epic rap battle between Keynes and Hayek are now hoping to produce a similar presentation on the ideas of Karl Marx and Ludwig Von Mises.

The Hayek-Keynes videos were entertaining and informative.  They led people to inquire further.  I know they did for me at least.  Education requires first gaining and maintaining people’s attention.  This is why leading with entertainment is more effective at spreading information than traditional education.  In this regard, the creative team at Emergent Order is on the right path.

They’ve now looked to crowdfunding to support their next project, a rap battle between the great economist Ludwig von Mises and the communist Karl Marx.

When I first saw the advertisement for the campaign on social media there was a snide comment asking why such a campaign is necessary if markets are so efficient at directing capital.  This is what inspired me to riff on the Zen koan about killing the Buddha you meet on the road.

Misconceptions about markets abound with as much regularity as misconstructions of enlightenment.  I cannot speak about enlightenment.  I am just a seeker on the path.  However, I participate in markets every day and study market operations through the science of political economy.  This helps primarily in dispelling the delusions about what markets are and are not.

The market is but a euphemism for describing an ongoing series of processes and interactions occurring between two or more people in which either tangible goods or non tangible services are exchanged.

Describing market behavior is actually an allusion to the activities of people.  Markets have no volition of their own.

Again, capital is neutral it flows to where people accumulate and direct it.  Markets are identically without volition.  One of the most instrumental things to do for advocating peace, prosperity, and liberty is to cut through the delusion of ascribing human agency to euphemisms.   Anytime you see someone talking about what markets ‘should’ be doing or what have failed to do, you know they are mired in, and spreading, ignorance.

The Way and the market.

Markets are but the meeting place where people serve each other and express appreciation for the good they receive, usually in the form of money.  Both parties must perceive benefits from the exchange in order for transactions to voluntarily occur and, therefore, lead to an elevation of human well-being.

Markets are where human consciousness is expressed through action and value is discovered through mutual exchanges of appreciation.  Mistaking the label for the thing itself is the height of folly.  It’s like focusing on a finger pointing to the moon instead of the illuminated heavenly glory.

When you see such ignorant talk about the market place, kill it. 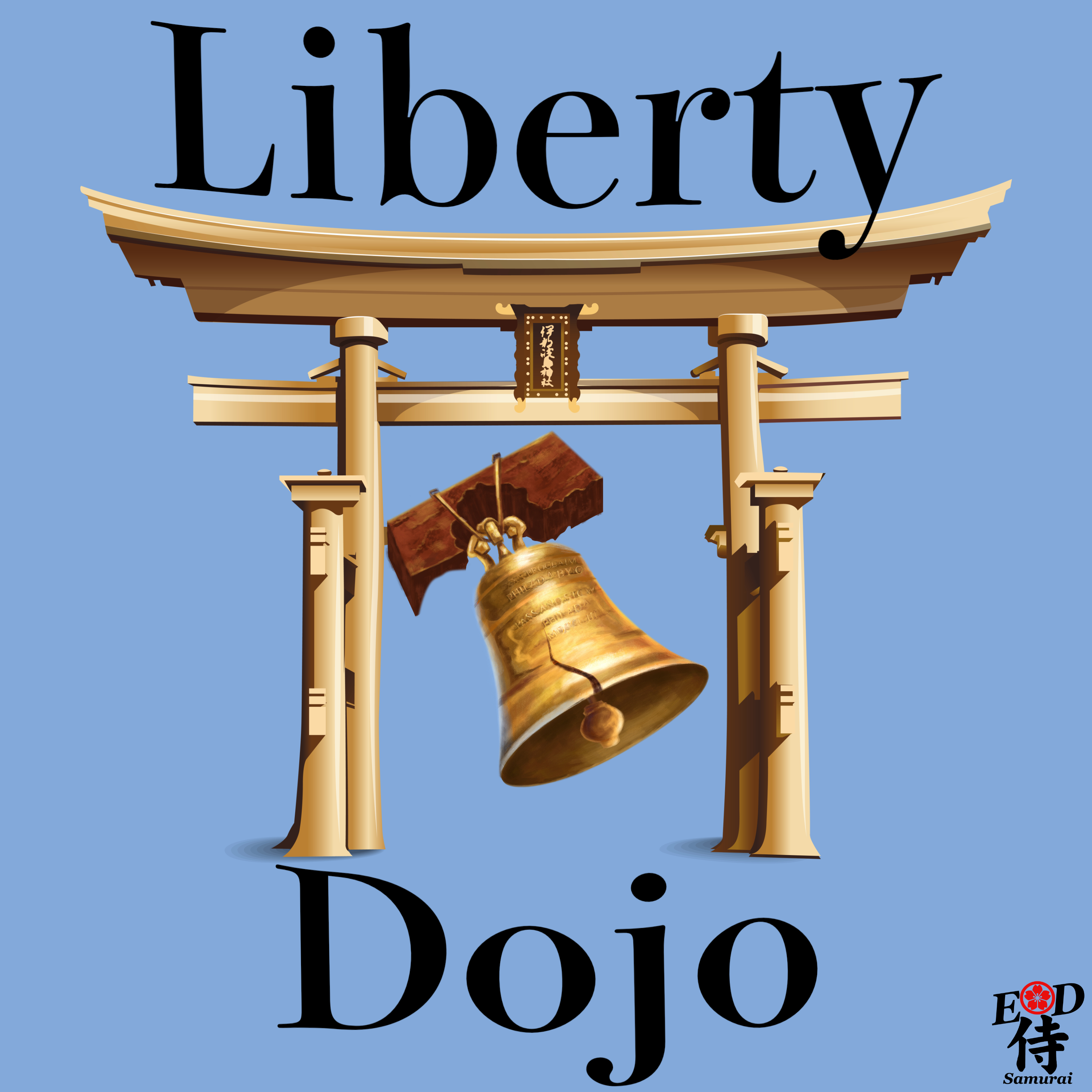 P.S.: You can learn to see through the delusion and propaganda slandering the dignity of private property, free trade, and individual choice with the power of a real liberty eduction.

Master this superpower and thrive: www.libertydojo.com