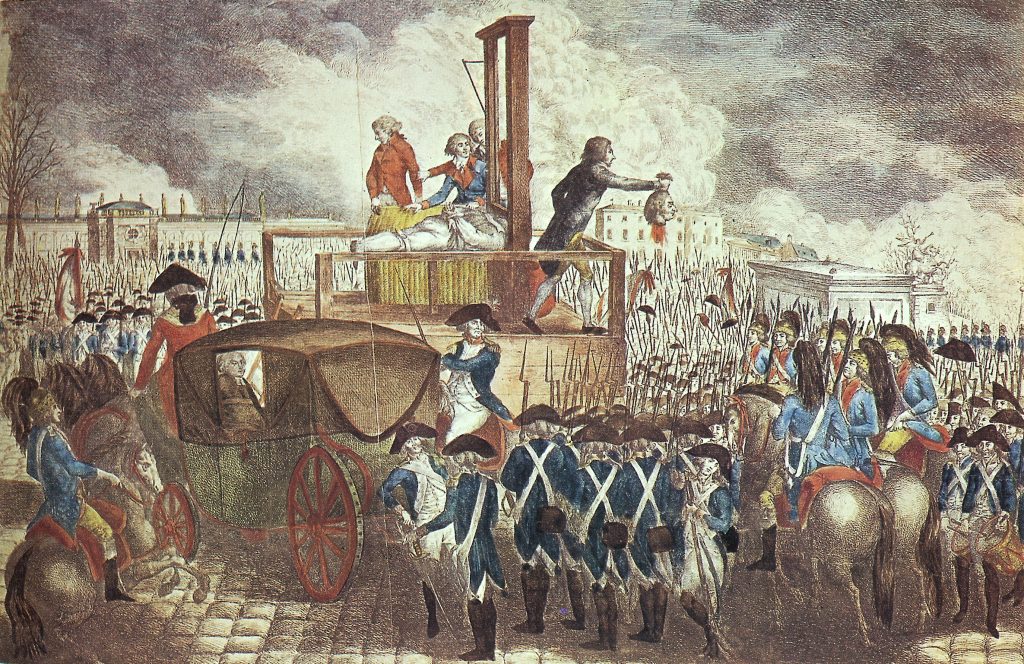 Security can only be achieved through the capacity to act violently.
To be free, each individual must have the tools, training, and mindset to
protect themselves, their interests, and also contribute to the mutual security
of their community.

No man is an island and social cohesion requires widespread cooperation from
those holding some kind of affinity with each other, as well as shared values
that define acceptable modes of behavior.  These standards of propriety
vis-à-vis human relations must permeate the majority in order to deem a society
civilized.

The majority population must abide by common modes of decorum, not only to
facilitate social cooperation but also to distinguish and identify, and isolate
or contain, anti-social actors.  Of course, ostracism and banishment are
powerful motivators for those that recognize that their well-being depends upon
social cooperation and the division of labor.

However, there are some individuals and groups that disregard social norms
and legal stricture.  Indeed, there are some that would rather give in to
the temptation of their baser instincts and live through combinations of
parasitism and plunder.

Every society must have the means to dissuade and repel disruptors of social
order.  Yet, society is but a mere abstraction and tool of linguistic
convenience.  There can be no society without individuals in the same way
that there can be no forests without trees.  Maintaining social order,
then, is a complex matter of myriad individual interactions occurring in time
and space.

This then places the analytical onus on distinguishing who is abiding by the
legal order in contrast to those that violate it.  It also requires
determining specifically who is responsible for maintaining that order through
the force of government.

In a free society, that capacity remains in the hands of the people and not
held exclusively by those holding official positions.

We The People are the government in a free state and act as the final node in
the execution of law at the most local level within the federal union of
cooperating member polities.  Only by being organized, armed, and
disciplined to execute the law can We The People maintain constitutional order
against the overwhelming tendency of public office holders to abuse their
delegated authorities.

This is why the Second Amendment, in conjunction with Article 1, Section 8,
Clause 15, declares the militia as the only “necessary” institution in the
entire operating charter.  The ‘militia of the several states’, as defined
distinctively in Article 2, Section 2, are the operational instruments of
self-governance.  In their purest form, the militia should act as the
ultimate determinant of law enforcement, while also chastening the
politico-bureaucratic caste, by ensuring all legislation conforms to the terms
of the constitution before being carried into execution.

Anything less than this sets into motion the perversion of justice,
distortions to political order, and the decline of civilization.

Indeed, ceding exclusive authority for the use of force to any subset of the
population precipitates all the dysfunctions one would expect with monopoly:
the price of security rises disproportionately, the quality of service
degrades, and authentic customer desire gets ignored.

In other words, leaving the capacity for violence in the hands of the
politico-bureaucratic-crony elite leads to insecurity, social incoherence, and
de-civilization.

Giving up the capacity to commit protective violence has political as well
as social repercussions.  This goes beyond Ben Franklin’s dictum that
giving up liberty for security leads to a loss of both.  It leads to a
degradation of both legal and social order, the depletion of political as well
as cultural capital.

“If we feel less threatened today, if
we feel as though we live in a non–violent society, it is only because we have
ceded so much power over our daily lives to the state. Some call this reason,
but we might just as well call it laziness. A dangerous laziness, it would
seem, given how little most people say they trust politicians.

“Violence doesn’t come from movies or video
games or music. Violence comes from people. It’s about time people woke up from
their 1960s haze and started being honest about violence again.”

The rest of the article is certainly worth a
read.