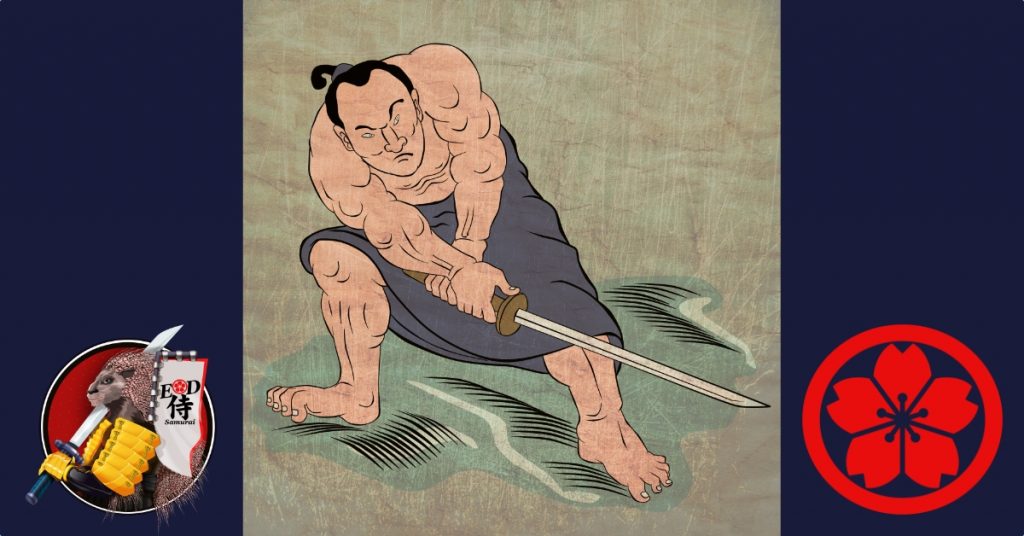 Training in martial arts is great for a number of reasons.

Health, fitness, and physical skills are some of the more obvious benefits, as is having the capacity to defend yourself.

In the era of firearms and gang attacks some would argue that traditional martial arts are outdated and useless.  From my experience in the military and law enforcement, I wholeheartedly disagree.

Combat geometry and human physiology do not change even as weapons technology evolves.

In Close Quarters Battle (CQB), individual room clearing, or even battle lines between arrayed armies understanding angles of attack is of supreme importance.  The Japanese sword saint (kensei) Miyamoto Musashi described this in his famous Book of Five Rings.

The principles of individual combat are the same as that between groups.  It is only a matter of scale.  What matters in combat is not what stance you take or, as a commander, how you arrange you units.

What matters in combat is that you cut the enemy down.

Hostage rescue units are, rightly, obsessed with studying combat geometry.  Knowing the fields of fire, angles of attack, and ‘dead’ spaces where enemies can hide is essential to effectively securing a space faster than a terrorist, hostage taker, or barricaded subject can react.

The team has to ‘dominate’ the space with overwhelming force through speed, aggressiveness, and surprise.  In order to do so, they have to cover all the angles.

This is why studying samurai related martial arts has the best application to modern combat.  Edged weapons training is the surest way to gain an awareness for, and appreciation of, combat geometry.

This then translates into vulnerability avoidance, situational awareness, and risk mitigation.  The highest strategy, according to Sun Tzu’s Art of War, is to win without fighting.  Avoiding conflict is to be prized, yet if physical engagement cannot be escaped the next best solution is to strike down the threat from a position of advantage.

These are the practical benefits of training in the edged weapon traditions of the samurai.

Moving to an unassailable position in order to gain freedom of action and dominate a situation or opponent requires mastering combat geometry.  In a clash of swords (or firearms) a slight change of angles can mean the difference between victory and death.

When training with lethal tools, you can never safely equate the conditions of combat in a training environment.  Donning padded protective gear or using soft mock weapons are no substitute with the heightened sensory response that comes from working with live blades.

The only means of safely inculcating these skills is through repeated practice of combative engagement patterns.  The Japanese call this ‘kata’.

Modern, sport oriented martial arts look down upon kata practice and claim sparring to be the true test of capabilities.  Yet, they are not concerned with an unexpected knife or pistol being introduced during a refereed match.

The samurai, armed with swords, spears, and wooden armor were no match for  artillery and machine guns.  Advanced weapons technology, introduced by Western powers in the mid-1800’s put an end to samurai leadership in Japan.

The ruling Tokugawa Shogunate had become inept, corrupt, and, ultimately, incapable of defending the country from foreign invasions.  That’s what happens when a regime holds a monopoly for over 250 years.

However, the samurai arts still excel at both conducting and dealing with spontaneous edged weapon attacks.  That is, so long as you have the situational awareness to recognize the pre-attack signals.

This awareness can only come through repetitive practice—and the only way to safely practice in an edged weapons environment is through combative engagement patterns, kata.

Yet this is not an excuse to become habituated, comfortable, and lazy.  Samurai training progressed through three phases: Shu, Ha, Ri.

First you embrace the form, then embody the form, and finally transcend form.

By fully embracing repetitive pattern training you gain insights on movement, relationship, energy, and opportunity.  Eventually, you move and wield your tools without conscious thought or muscular contractions that telegraph your intentions to an opponent.  You become formless.  You also gain an intuitive sense of what your opponent is about to do.

As one of my instructors once told me, eventually your sword becomes like an antenna receiving spontaneous information from the environment and possible threat actors.

This kind of training is going to become more necessary as political turmoil, wealth disparity, and social tensions continue to rise.

Knife crime in the UK has been on the increase since 2013, for instance, and I would encourage you to do an internet search for all the things police in the US are no longer responding to.

The point is, even as your right to defend yourself is being increasingly infringed upon, the institutions entrusted to protect you, your property, and ‘establish justice’ are becoming less reliable.  At the same time, due to misguided economic policies, people are going to become desperate, uncivilized, and, in many cases, ruthless.

Now is the time to prepare in mind, body, spirit, and in all your affairs.

Train in an edged weapon based martial art.  Get in shape.  Plan for an uncertain future.  Think of new ways to create wealth, fortify your faith, and build a community you can trust.  Put resilient structures in place.

Most of all, always be armed.  Humans fight with tools.  Fighting empty handed is for sport, or when you are ambushed.  Your empty handed skills need to focus on avoiding damage from a sudden attack until you can escape or employ a tool to counter-attack.

That is why I carry at least one (and usually two) tactical pens on me at all times.  One is for throwing to create distance and distraction.  (Thanks to the samurai tradition of Negishi-ryu Shuriken-Jutsu for teaching me how to throw metal spikes effectively)

The other is for close up work.  Of course, a tactical pen is not the first choice but oftentimes it’s the only viable option.

My favorite tactical pen, the one I carry every day, is made of tough, aircraft grade aluminum with a tungsten tip and sleek grey powder coat.  It’s strong and capable yet also professional looking.  It fits well in all my activities.  Plus, it’s nice to know I can put it to good use should a significant ‘social event’ occur.

Check it out here.

Everyone that picks up a tactical pen from my shop gets a free digital copy of our book, Tactical Pen Basics.  It’s also available on Amazon but I’d much rather you get it along with a pen so that you can put the teachings into practice.

Even if you have an everyday carry tool.  You can always use more, or give it to someone you care about.

The world needs more warriors to lead in the turbulent times ahead.

Get your tactical pen today.