Surveillance Is the Tool of Tyrants 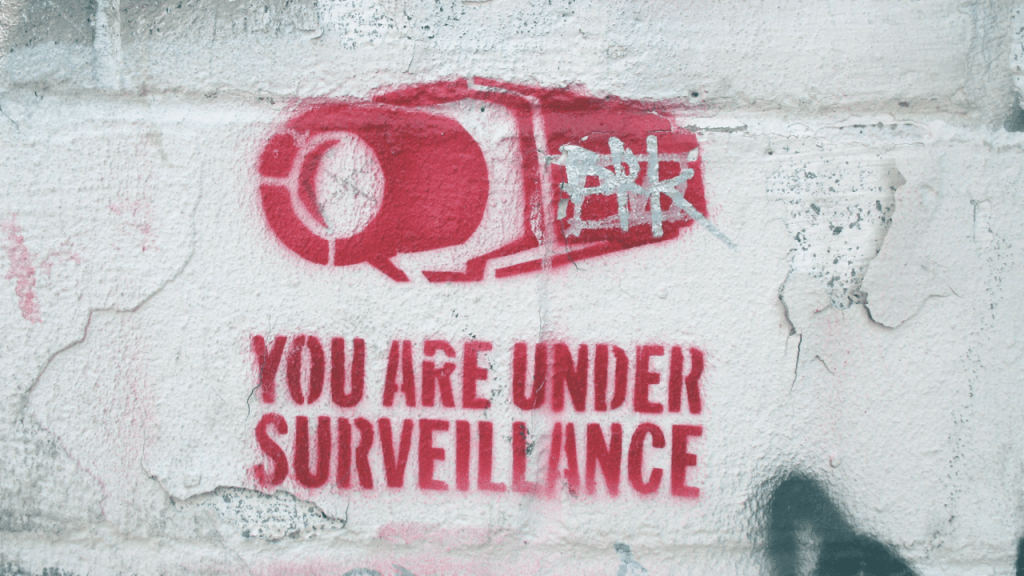 I hear this retort all the time when I warn about the ever-expanding national surveillance state. Setting aside the fact that whether we have anything to hide or not, privacy is a fundamental aspect of liberty  – what if we do have something to hide?

In the midst of the coronavirus pandemic, there has been revived interest in Continuity of Government plans (COG). For instance, Newsweek published a report titled “Inside The Military’s Top Secret Plans If Coronavirus Cripples the Government.”

“According to new documents and interviews with military experts, the various plans – codenamed Octagon, Freejack and Zodiac – are the underground laws to ensure government continuity. They are so secret that under these extraordinary plans, ‘devolution’ could circumvent the normal Constitutional provisions for government succession, and military commanders could be placed in control around America.”

The prospect of military control and an outright suspension of the Constitution that Newsweek outlines are disturbing enough on their own terms. But as MintPress News reports, the article’s vague description of COG plans barely scratches the surface.

Congress didn’t draft or approve these COG plans. They primarily rest on executive orders issued by various presidents. Many of the modern plans find their basis in EOs issued by Ronald Reagan at the height of the Cold War.

So,what does this have to do with surveillance?

In 1988, Reagan issued Executive Order 12656. The EO establishes “national security emergency preparedness responsibilities to Federal departments and agencies.” The order broadly defines “national emergency” as “any occurrence, including natural disaster, military attack, technological emergency, or other emergency, that seriously degrades or seriously threatens the national security of the United States.”

The EO placed the development and implementation of the COG under the National Security Council. At the time, Col. Oliver North headed the agency. According to MintPress, North developed a database that later became known as “Main Core.”

The Main Core database, first built using the stolen PROMIS software (more information on PROMIS here and here), was essentially a list of American dissidents and “potential troublemakers.” A senior government official with a high-ranking security clearance and service in five presidential administrations described the database to journalist Chris Ketcham in 2008 as follows:

“A database of Americans, who, often for the slightest and most trivial reason, are considered unfriendly, and who, in a time of panic might be incarcerated. The database can identify and locate perceived ‘enemies of the state’ almost instantaneously.”

What makes one a “potential troublemaker” in the eyes of the government? As journalist Glenn Greenwald pointed out in a Ted Talk, the government has a much different definition of “bad people” than you and I.

When you say “somebody who’s doing bad things,” you probably mean things like plotting a terrorist attack or engaging in violent criminality – a much narrower conception of what people who wield power mean when they say “doing bad things.” For them, doing bad things typically means doing something that poses meaningful challenges to the exercise of their own power.

History gives us some idea of who these people might be: anti-war protestors, civil rights activists, gun rights advocates, Tea Party ralliers, Black Lives Matter marchers. In a nutshell, the government considers petty much anybody who doesn’t embrace and support its status quo as a potential troublemaker.

According to MintPress, Main Core still exists and has grown considerably since the 1980s. According to a senior government official quoted in a 2008 article published by Radar, there were some 8 million “unfriendly” Americans in the database. The article asserts, “In the event of a national emergency, these people could be subject to everything from heightened surveillance and tracking to direct questioning and possibly even detention.”

The U.S. government reportedly used Main Core in the Wake of the 9/11 attacks.

In the midst of the coronavirus pandemic, Politico reported that the Department of Justice sought the power to indefinitely detain individuals without trial during the “national emergency.”

Meanwhile, DoJ chief Attorney General William Barr has spent the last several years developing a pre-crime program known as the “National Disruption and Early Engagement Program” (DEEP). The purpose is to “identify, assess and engage” potentially violent individuals “before they strike.” According to MintPress, “Barr outlines what actions will be taken once an individual is deemed potentially violent or threatening, writing that those individuals will be subject to detention, court-ordered mental health treatment and electronic monitoring, among other measures.”

Now let’s tie all of these things together.

This sets the stage for Orwellian mass roundups of dissidents reminiscent of the USSR or communist China. In other words, we have here a recipe for tyranny.

And how will the government find the people on the Main Core list in order to detain them?

The feds will use cameras and facial recognition, stingray devices that access and track cell phones, automatic license plate readers that track vehicles, surveillance drones, and all of the other spy-gear available to federal, state and local law enforcement agencies

Surveillance is a tool for tyrants. The surveillance state makes this whole scenario possible.

We need to rip the tool from their hands.

The more we limit surveillance the harder it becomes for the government to round us up and slap us in cages.

And for those who think, “my government would never lock up innocent people,” I remind you that more than 100,000 Japanese-Americans, most of them U.S. citizens, spent WW II locked behind barbed-wire fences.

Far too many Americans trust government with far too much power. I prefer to follow the wisdom of Thomas Jefferson.

“in questions of power then, let no more be heard of confidence in man, but bind him down from mischief by the chains of the constitution.”