The American Right And Duty To Bear Arms 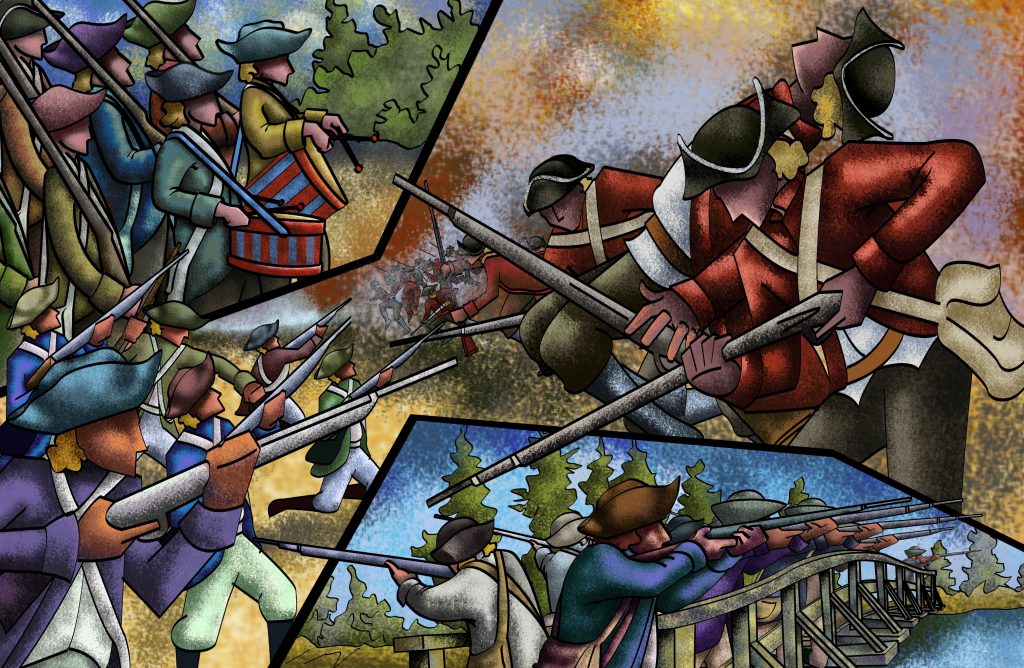 Although we have had many liberties enshrined in the US Bill of Rights since colonial days, the right to bear arms is likely the oldest recognized God-given right of them all. Without the right to bear arms, the other Bill of Rights “rights” can be taken away from us, so it is the most important right and therefore should be the First Amendment to the Constitution, vice the Second. Many mass murders in history have resulted from a public that was disarmed/unarmed.

In England,  the mother country of the US, the citizenry, or more accurately peasantry, were well stocked with their own weapons, and the King actually relied on the common man to help maintain law and order. English king Edward IV required all “Englishmen and Irishmen” to have adequate archery weapons and each town was required to have an archery range on which each citizen was to practice on “feast days”. Price controls were actually placed on longbows so that every commoner could afford one. The consciousness of the British people as proud, armed, and free gradually developed in contrast to the unarmed or disarmed peoples on the European continent where the emphasis was on professionals to maintain law and order.

Under Queen Elizabeth I(reigned 1558-1603), the term “militia” was reinvigorated. It was defined as a universally armed citizenry. This was merely re-emphasis of an older tradition going back to 690 AD and likely earlier whereby ownership of weapons entailed a duty for all able-bodied men to serve in the militia, or “fyrd”.

In the beginning, the American colonists purchased their own guns and obtained additional firearms from their state governments. As early as 1623, Virginia ordered each plantation owner to ensure that he had a good supply of armament. In 1631, the Colony ordered that no one work in the fields unarmed. Militias were to meet each week after church services for training. By 1673, the Colony was providing firearms to anyone too impoverished to buy a gun, and similar legislation was being enacted in the other colonies.

This has nothing to do with a “well-trained militia”, let alone the National Guard or a standing army that the liberals keep interjecting into the debate. The true militia is the entire body of free men and women, which could include boys and girls, and could involve use of “assault weapons” or any type of weapons, for that matter.

In any event, cooler heads in England recognized the colonial obsession with arms and called for reconciliation with the colonists. However, the British hotheads prevailed, leading to an attempt to disarm the colonials, which in turn led to the American Revolution.

As the revolutionary agitation increased, Maryland called for all the colonies to form “well-regulated” militias in 1774 and set the example by requiring all Marylanders aged 16 to 50 to arm themselves into military-style companies. “Well-regulated” here did not mean a force closely controlled by a bureaucratic government, but one where the natural leaders and those with high expertise would be selected by their comrades or naturally rise to the top of the ranks. Virginia, led by George Washington, immediately followed the example of Maryland, since they were sister colonies in temperament and their leading families were closely related/associated.

During the Revolutionary war, while there was a “Continental Army” of the confederated states, answerable to Congress, sovereign state militias played a major role in the fighting, often unaided by American regulars.

After America won her independence, the US was governed by the Articles of Confederation from 1781-1789. Despite the widespread and well-justified opposition to a standing Army, the Articles established just such an army. Already, too much power had been allowed to pass from the states to the national government. This trend continued with the establishment of the Constitution in 1789. Concurrent with the establishment of a standing army, the issues of the rights of citizens to bear arms and provide for their own defense versus the Government taking over these functions resulted in much turmoil and debate, which still continues to this day. This concern was the primary mover in establishing the Bill of Rights which firmly established the right and sacred duty of individuals to keep and bear arms. This issue was debated more than than the others related to issues of liberty leading up to the Bill of Rights.

The legal right, sacred duty, and responsibility of American citizens is to keep and bear arms; and be safe, responsible, skillful and competent in their use if it becomes necessary to deploy and discharge them where the use of force is considered necessary. This is the true meaning and thrust of the Second Amendment. The US Supreme Court reiterated this interpretation in the 2008 D.C. v. Heller decision.  Still, repeated attempts are being made to reinterpret the Second Amendment as a “collective” vs. an individual right.

We will now consider the related issue of “concealed carry” and the permits that may be required to authorize it. In the earliest days of the US and in the colonies, there seem to have been no laws concerning the bearing of concealed arms, and it must have been common to carry weapons in that manner. When men went around armed, apparently no one worried whether the arm was open or concealed and the Second Amendment makes no mention of it. Anyhow, since our rights come from God and are merely guaranteed by the Constitution, we have the right to keep and bear arms, regardless of any concealment.

Over the years, beginning in the early 19th Century, various restrictions/bans have been enacted by the individual states on what can be carried and in what manner and the requirement for permits has been established in some cases. By the mid-19th Century, restrictions increased to the point where the prohibition of concealed carry became the status quo in the US, and any kind of carry was only permitted in special circumstances. This was the situation until the 1980s when the trend reversed to a significant extent. Now 40 states allow concealed carry, and in 16 states a permit therefor is not required.