The End of Gun Control: 1.19 Ossification and waste. 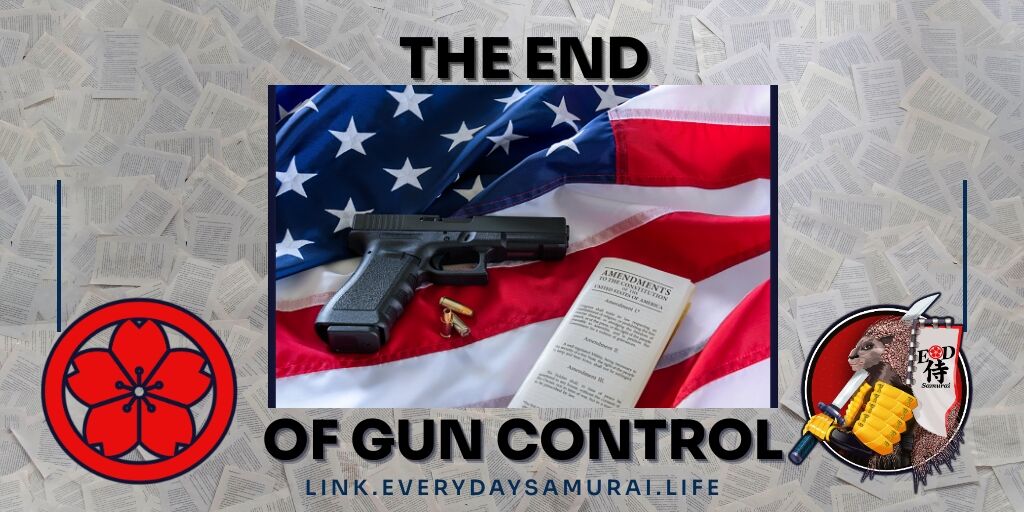 The question is not whether or not the Deep State exists but a matter of estimating how entrenched and influential Deep State actors are amid administrative transitions.  People may shuffle around during changes of administration yet security and justice institutions remain staffed by largely the same ‘civil servants’ carrying out essentially the same policies.

Bureaucracies have a tendency to look after their own priorities before fulfilling the missions for which they were established.  Here also, it is not a matter of some nefarious design.  Whether it is a conspiracy or not is really just a matter of definitions and perspectives.  The bottom line is discretionary power is exercised by permanent bureaucracies.

People at the helm of a bureaucracy certainly do work together, i.e., conspire, to expand the resources and authorities at their disposal.  In practice, this involves redistributing inherently scarce resources from tax-payers to political-bureaucracies, thereby leaving less available goods for people to enjoy in their private capacities.  Similarly, granting more decision-making authorities to politicians and bureaucrats diminishes the range of personal choice individuals can exercise.

Decision making authority over a given resource control cannot be “jointly” exercised between private and public actors.  All notions of public-private “partnership” are nonsense, a façade to mask the political hijacking of private property (although often with the willing collusion of corporate cronies, quislings, and the cheerleaders of socialism).

It is like a balance sheet or double entry ledger.  There is a line between private and public in terms of resources and authorities. Either a good is private or it is public.  Resources cannot be shared between public and private owners.  If a resource is privately owned yet the freedom to consume or employ it is curtailed by some legislation or regulation, then it is effectively not private property but a political asset.

Resources and Authorities can either be privately owned or publicly controlled.  These categories are mutually exclusive.  A specific resource or authority cannot exist in both categories simultaneously.

Real ownership includes the power of choice.  There are those that fear individual choices on account of the possibility of some encroaching upon others in unapproved ways.  This is where equal liberty under a property-centric legal standard offers the most expedient solution (although the political caste finds it most unsatisfying because it offers no avenues for their enrichment or aggrandizement).

There are remedies for encroachment and, again, there is no need under universal legal standards to be warped by politics or bureaucracy.  They are called torts and, under common law, the legitimately aggrieved are due compensation from the offenders to make them whole.  I’ll set this vast issue aside for now only adding that a restitution-based justice system would be far superior to the punishment oriented one currently existing on account of politicized law.  The problem with ‘criminal justice’ today is that We The People have allowed politicians and bureaucrats to stray from scientific justice standards and undermine the practice of universal ethics as found in common law.

This also highlights the deficiencies of politico-bureaucratic decision making.
Insulated from the discipline of market signals and the need to economize resources through profit and loss calculation, politicians and bureaucrats are left to make arbitrary decisions on how to allocate resources to contend with the eternally uncertain future.

Bureaucracies look to their own priorities first, which always involves increasing their access to resources and expanding the exercise of authorities (and, always, both resources and authorities come at the expense of the tax-paying citizen).  Secondarily, bureaucracies apply their resources to where they perceive the greatest demand exists.

However, because bureaucracies are insulated from the demonstrated preferences of tax-payers (meaning where real people would honestly put their money toward satisfying their needs, wants, and desires), on account of diluted representation and bureaucratic inertia, the resources they do employ wind up largely being wasted.

Even the best intended ‘public servants’ are flying blind as to how skillfully direct resources toward the tax-paying public’s highest good.  As much as the profit motive is vilified in popular discourse, market-based signals, including profit and, perhaps more importantly, loss, are the only known way of concretely measuring the degree to which entrepreneurs are skillfully using the resources at their disposal.

Bureaucrats have no such signals.  The way of bureaucracy is to use resources expeditiously and then ask for more. Unused funds that get returned from a bureaucracy one year will be reduced from future budgets.  Therefore, the understanding is for bureaucracies to spend their budgets quickly and have Ca plan to spend “fallout money” as the fiscal year comes to a close.

This “fallout money” phenomenon explains why there is an excess of flat screen TVs and other underutilized office furniture in many government buildings.  At one military installation I worked at in Europe I was amazed at how many TVs they had on the walls.  They also had an elaborate gazebo between each building to hold picnics and other social events.  They were absurd, but they were also an excuse to buy support from the foreign governments by throwing cushy construction contracts to local businesses.

One must constantly ask what this kind of spending has to do with providing security and justice services. The answer is not much.  Even if having a few TV monitors and recreation areas can be justified, spending a budget for the sake of expending perverts the resources as well as the culture of the ‘public servants’ entrusted with them.

The entire incentive structure involved in funding security and justice bureaucracies undermines the purpose for which they were commissioned: the protection of private property.

This is why the great economist Hans-Hermann Hoppe accurately described having tax-funded protection agencies as a contradiction of terms.  Rather than protecting people and their property, the bureaucracies forcibly take resources from the tax-payers and expend them with reckless abandon.  They then ask for more money and resources from (i.e., more property and decision-making authority over the property of) the people whose property they were supposed to be protecting.  It is nonsensical.

The means are at odds with the stated ends.  This variance creates incongruence between intention, action, and outcome.

Obviously, those that make their living by forcibly taking resources from a population want to remove the ability to resist expropriation.  Therefore, all ‘public servants’, and especially those involved in security and justice, are incentivized to disarm the tax-payers.

To put an end to gun control, to keep so-called Second Amendment rights intact, requires completely restructuring existing security and justice institutions to align with the core mission of upholding the integrity of private property, as well as the free exchange thereof, based on voluntary contracts.