The End of Gun Control: 1.20 Choice is embedded in property rights. 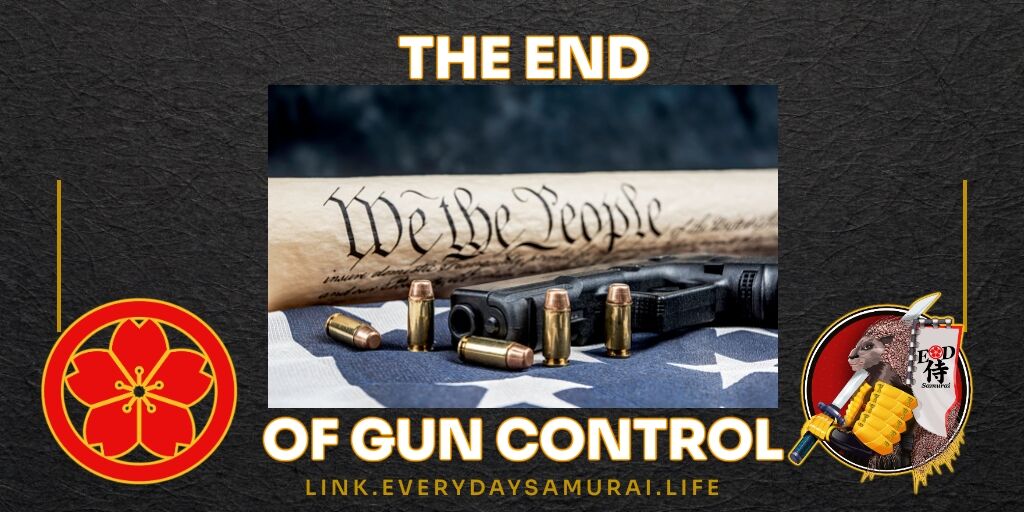 In addition to being the foundation of rational economic calculation amid a civilized society, the private property integrity principle also extends to the production of security itself.  Since possessing a property right allows anyone to enter into a contract with another to peacefully exchange property titles, it follows, then, that this includes the right to contract with others for security and justice services.

To claim that someone cannot contract with others to exchange their property is to assert a stronger ownership claim than that held by the present owner.  In essence, denying the right of contract is to deny the right to private property.  Yet this is exactly what politicians and bureaucrats do under the guise of regulating commerce.  It is a perversion of governmental authority and a slippery slope into tyranny.

Remember, the sole purpose of government, in the Enlightenment tradition as illustrated by John Locke, is to secure private property from disputes within a political society and from invasions by external human threats.  In short, government is a contract for services to secure people and their property.  And when any government becomes destructive
of the ends for which it was established it is the right and duty of the people to alter or abolish it.

The American federation of republics, known as the United States, offers a unique advantage in the ability of the people to alter or abolish their governmental arrangements without unnecessary conflict, destruction, or bloodshed, at least conceptually anyway.  History has not borne out the potential for peace, security, and conflict resolution available through the constitution, not due to the governmental structure but on account of human ignorance,
apathy, and greed.

The solution to this state of affairs is readily available, first by ending gun control and, second, by energizing the right to keep and bear arms as a vehicle for popular self-government.  In other words, a population that is armed, organized, and disciplined so that they can actively participate in executing the laws, repelling invasions, and suppressing insurrections against constitutional order at the local level is the best conceivable means to prevent institutional hostility to private property.

This is because the greatest threat to private property, as typified by the hostility to privately possessed “arms”, comes from those holding political power, claiming a monopoly on the use of force and expropriating taxes.  The lust for other people’s property held by such individuals compels them to instigate conflict.  They cannot allow people to enjoy the security of private property despite the mandate to do so by the charter that created the political institutions they helm in the first place.  This state of affairs is a paradox that needs to be embraced and then resolved.

Individuals within a community have a vested interest in promoting a secure environment for themselves and their neighbors.  This is not to say that personality conflicts do not arise in small towns or that people always put aside their self-interest for the good of the collective.  Quite the opposite.

Any system of political-economy must account for the proclivity for self-interest and the ubiquity of human character flaws.  However, the analysis must apply to private and public actors equally.  This requires cutting through the veneer of presumed legitimacy applied to public offices and institutions.

People conditioned, by public schooling, captured media outlets, flags, pledges of allegiance, parades, and anthems have come to assume that whatever “the government” does is legitimate. Only after an egregious miscarriage of justice is a redress of grievances considered.  They have forgotten that “the government” is We The People and those holding public office are supposed to be limited to the delegated functions temporarily delegated to them through constitutional order.

This is a “negative list” approach to governmental authority.  The perverse presumption is that those in public office can do whatever they want unless it is expressly prohibited.  This is exactly opposite how constitutional self-government is intended to function or how  government should operate in a free society.  Public officials are supposed to be restrained to only those functions positively granted to them, and no more.

It is “The World Turned Upside Down” as constitutional scholar and attorney Dominic J. Vieira phrased it in his 2012 thesis.  The servant has become the master in the exact ways that the writers of the Federalist Papers claimed the Constitution would prevent.

The Constitution is not self-executing.  Without active participation from the whole body of the people the Constitution becomes a mere parchment barrier to the tyrannical form of government the separation of powers was supposed to guard against.

We can attribute this to the paradox of government.  Human beings are prone to avarice, ignorance, and antipathy.  Therefore, governments are necessary to provide security and justice services against aggressive or criminal behavior.  Yet these governmental institutions are populated by people who have the same human proclivities.

Those people holding public office and wielding government power are just as self-interested and susceptible to nescience, animosity, and covetousness as anyone else.  In fact, being tax-subsidized allows their ignorance and greed to continue unabated in a way very different from those subject to profit and loss on a free market are.

There are flaws in the Constitution, to be sure.  However, the benefits and legal remedies available through the Constitution outmatch these failings.  It was intended to form a “more perfect” union and secure the blessings of liberty, after all.  Yet even modifying the  constitution cannot overcome public ignorance and apathy toward their rights and duties.  Without active participation in self-governance the agent will inevitably become the principal and a once free people will become enslaved by the very institution they created to protect their liberty.

Neglecting the civic duty to engage in self-government invites the corruption of law and, along with it, the degradation of individual and collective security.  This is what Benjamin Franklin meant when he said we must all hang together, or most assuredly, we shall all hang separately.

To be sure, there is a case for collective action.  In fact, the concentrated power of the ‘whole body of the people’ is necessary to the security of a free state.  This remains a requirement under the US Constitution, and would remain so just as much were a new system to be devised.  Those envisioning an end to the nation-state, like Martin Van Creveld, in his Rise and Decline of the State, or the emergence of a ‘market-state’, as described by Philip Bobbit in The Shield of Achilles: War, Peace, and the Course of History, offer examples.

The key difference between the collective action required to secure a free state and the kind of collectivism espoused by socialists is the attitude toward private property.  Again, a free state is characterized by everyone being secure in their person, houses, papers, and effects.  In other words, the integrity of private property is the essential purpose of law, whereas socialism is hostile to private property. Private property cannot be tolerated under a socialist regime because the right to choose how to employ one’s own property runs contrary to central planning.

People in a civil society have a natural incentive to cooperate on achieving their mutual security. This is why the states agreed that the general government should provide for the ‘common defense’.  The US Constitution set forth procedures for coordinating the security and justice needs of the collective member states, to ‘establish justice’ and ‘keep them free from invasion’.

Again, the purpose of government is to provide security for private property for individuals within its zone of protection as well as the collective property shared by the commonwealth. These ownership rights, of necessity, include the ability for owners to choose how their property is employed. Chief among these choices is selecting who they employ to provide security, as well as how much they are willing to pay for the service.