The End of Gun Control: 1.5 Squash the Looting Machine 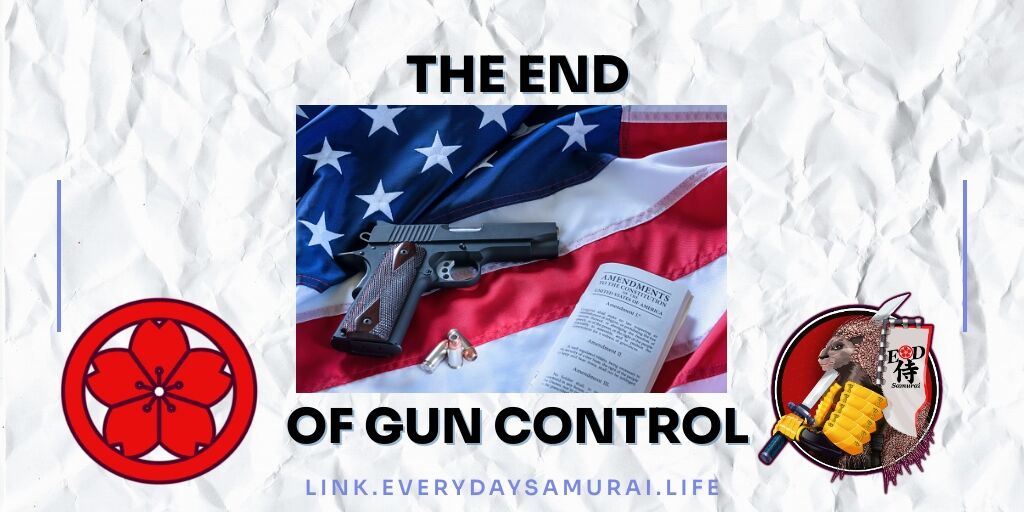 Since the scope and sphere of legitimate governmental activity is specified and limited by enumerated authorities, the amount of things requiring widespread implementation is extremely small.  Carrying out the basic tasks that are authentically necessary to provide for the common defense and general welfare are, then, not overly burdensome.

Further, since the common defense is important for every citizens’ mutual security, self-interest is sufficient to muster adequate civic engagement.  Arming, organizing, and disciplining the whole body of the people, except for public officials, is precisely for incidents of insurrection, invasion, or public danger and these specific threats, when real, impact every member of the political body.

Unfortunately, the majority of what is currently being done under the color of delegated authority is not serving the common defense or general welfare but, in actuality, benefits a vast political caste that extends through a vast tapestry of public office holders, political parties, special interest groups, intergovernmental bodies, globalist institutions, and politically connected corporations.

The designers of the American constitutional system recognized the propensity of executive officers to exploit crises and mass hysteria as a means of consolidating power for themselves.  With this in mind, the power to declare war was invested strictly within the branch of government intended to represent the tax-paying public, and their subsidiary political units, also known as the several states.

James Madison proposed in Federalist #10 that a broad diversity of factions would preclude any one special interest group from seizing control.  Acknowledging that fallible human beings would always seek to take advantage of governmental power for their own benefit, the constitution was promoted as able to neutralize the effects of factionalism by having a great variety of competing interests outnumber and, thereby, prevent any one of them from gaining undue influence.

Madison was wrong.  Rather than preventing special interest groups from perverting governmental authority into a system of privilege and plunder, the Constitution has become a vehicle for expanding the coalition of crooks.

What former US President Eisenhower termed the Military Industrial Complex (MIC) can now be called the National Security Industrial Congressional Complex (NSICC).  It encompasses and transcends all the branches and levels of government existing today, bringing together elected representatives, bureaucrats, industry, think-tanks, educational institutions, and media outlets into a looting machine aimed at expropriating taxpayers in the name of protecting them against terrorism, drugs, poverty, pandemics, and the like.

The more nebulous and unattainable the threat may be, such as stopping people from using a military tactic or abusing their bodies with various substances, the better it serves the NSICC.  The more complicated official presentations of security problems appear, the more calls there will be for establishment “experts” to study the issues.  This then leads to media outlets, also captured through influence and financial incentives, willing to propagate official, or at least officially endorsed, narratives that support security establishment policy proposals.

Representatives are co-opted into the system through a variety of political tactics, not the least of which involves seeding weapons system manufacturing into as many political districts as possible so that no one is willing to vote against the spending on boondoggles.  The F-35 Joint Strike Fighter jet is just one case in point.

We need not be concerned with whether this is the result of some evil conspiracy, bureaucratic incompetence, or a tragedy of errors.  The results are what matter are the same, in this case, regardless of the cause.

Fortunately, the solution that alleviates these problems is also the same.  By taking a principled approach, and keeping the desired end state clearly in mind, there is no need to dwell upon conspiracy theories or even squabble over the various and sundry issues of the day.

The political caste benefits by having the population fighting amongst each other while they reap the benefits of living at the expense of the taxpayer.  In June of 1982, while looking over a mass of anti-nuclear weapons protestors filling New York’s Central Park, former Army general and then US Secretary of State Alexander Haig is said to have remarked, “Let them march all they want, as long as they continue to pay their taxes.”

The issues of the day may change along with administrations over time, yet the dynamics of the institutional arrangements remain and become ever more entrenched.  The longer these arrangements ossify, the more people accept them as given, a part of the landscape.  They therefore stop asking fundamental questions about the purpose and utility of these institutions.

This is not a recipe for success.  Just as author Simon Sinek advises great leaders to Start With Why, keeping the original purpose and intended “deliverables” in mind is also essential in the political sphere.

The purpose of entering into a political union in the first place, according to John Locke and others, is to be more secure in the development and enjoyment of one’s life, liberty, and  property.  Being a judge in one’s own case, should disputes arise, is inconvenient and, therefore, having an impartial judge to adjudicate the matter offers a sense of legitimacy.  Further, the political community orchestrates security to dissuade or repel aggression from outsiders.

Keeping the end in mind and starting with why means remembering the purpose of political administration is justice and security for individual life, liberty, and, most of all, property.

The Preamble to the US Constitution lays this purpose out clearly.  A preamble is a preparatory statement introducing the purpose, aims, or justification for a legal document.  The aim of the US Constitution is to Secure the Blessings of Liberty for those that ratified it as well as future generations.

As an aside, it is useful to recognize the Preamble as a purpose statement and not a delegation of authority.  With so many abusing the “general welfare” clause through a long process of misconstruction, to the point that now it is invoked to justify every conceivable form or unbridled overreach, a part of the solution is to remember that there is no legitimate authority to legislate from the Preamble.

In other words, when someone invokes the “general welfare” clause to justify government action, you can remind them that the Preamble is a purpose statement and not an authority.  There is no general welfare authority in the US Constitution, and “charity is no part of the legislative duties of government”, as James Madison observed.

Giving the general government carte blanche to act on whatever could conceivably be cooked up in the name of general welfare obliterates and runs entirely contrary to the principle of limited and enumerated powers.  A government untethered to specified authorities and able to act by appealing to general welfare cannot be trusted to secure liberty and, especially, private property.

This point is especially relevant to The End of Gun Control.  The right to keep and bear arms will never be safe from infringement so long as a government can act on whatever an ever-changing definition of general welfare entails.

As described above, even tasking politicians and bureaucrats with external defense leads to the kinds of corruption and abuse on display in the National Security Industrial  Congressional Complex.  Giving political-bureaucratic control over the administration of justice leads to encroachment on life, liberty, and property as found in the “wars” on drugs, poverty, and terrorism, which readily become wars on ordinary citizens and their possessions.