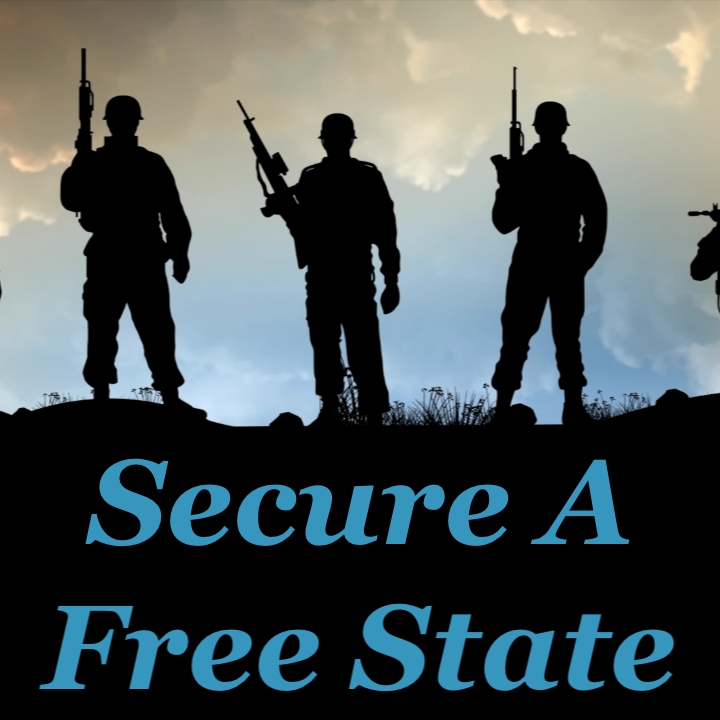 Presidential hopeful Joe Biden has chosen America’s least favorite furry to “take care of” our gun “problem.” When accepting Beto’s endorsement, Biden seemingly declared his intention to appoint O’Rourke as his Anti-Gun Czar, which was confusing. Why does he think that the Executive Branch can pass laws? Wasn’t Biden a constitutional law professor at one point? (He was). Regardless, our legal team is always ready, Joe.

Time and time again the government proves its indifference to human life, and this past Saturday was no different. Because Nancy Pelosi is Speaker of the House, she is assigned a security detail, which of course means that she is surrounded by armed men. So it should come as no surprise that when she visited New Jersey last Saturday, there were sniper teams placed on the rooftops of nearby buildings. Placing security details in positions like this isn’t controversial; in fact, it’s quite routine for high profile government officials.

What WAS problematic was that one of the snipers pointed his rifle directly at a crowd of peaceful protestors. What’s concerning is that there is no known reason for taking this action. The rifleman could have easily asked his spotter to report back any potential threats observed with binoculars, but he chose not to, so this was either a result of dangerous incompetence or a willful disregard for the safety of people exercising their right to lawfully assemble.

New Jersey governor Phil Murphy is continuing his push to increase the cost of gun fees. So what’s included? Murphy wants to increase firearm owner identification fees from $5 to $100, purchase application fees from $2 to $50, and even worse, to add a 2.5% (9.125% total) tax on firearm purchases and a 10% (16.625%) tax on ammunition.

To give you some perspective, let’s do some quick math. Before tax, a New Jersey compliant Glock 19 sells for slightly over $500 on average. So suppose a first time purchaser wants to acquire one. They’re paying about $46 more in taxes, $48 more for the purchase application, and $100 upfront for the owner identification card. That’s $194 in additional fees, which is about 39% the cost of the firearm itself. The cost of living in New Jersey is remarkably high, and one in ten residents live below the federal poverty line.

After looking at the numbers, it becomes clear that Governor Murphy wants to keep poor people from exercising their rights. Whether Murphy is tone deaf to the fact that his policy is inherently classist is uncertain, but what is certain is that by raising these costs, Murphy is ensuring that disadvantaged people in dangerous places like Paterson, Newark, Trenton, and Camden will be less likely to have sufficient means to protect themselves.

One of the most troubling issues with the police is that, despite the fact that they are “law enforcement officers”, they frequently don’t know the law. Last month, an armored car driver was stopped by local police in Roselle, New Jersey because they thought his window tint was excessive. Despite being in full compliance with all of the state’s firearms licensing requirements, he was charged with possession of “hollow nose” bullets. The thing is, he didn’t have hollow nose bullets; he had Hornady Critical Duty rounds, which are by definition, not hollow. Further, he was also improperly charged with unlawful possession of a firearm.

This case highlights the real world effects of misguided gun legislation and an ill-informed police force. When laws are poorly drafted or are too complex, the police struggle to enforce them, typically opting to enforce what they perceive to be the law instead of obtaining clarification as to what the law actually means. Fortunately, there is currently a bill in the New Jersey Legislature to repeal this particular law.

You know that massive delay in the Illinois’ Firearms Owner ID card process that was presumptively caused by a $30 million fund diversion by state politicians? Well, a group of Illinois Republicans have a plan for that. They’ve sponsored House Bill 4447, which extends the validity of FOIDs for six months past their point of expiration to cover the delay in renewal, and alternatively, House Bill 4448, which would require the state police to automatically renew FOIDs for individuals in good standing with the state. Illinois Republicans have also sponsored House Bill 4450, which sets regulatory and compliance requirements to afford due process to applicants. It’s a shame they can’t do the right thing and simply eliminate the FOID requirement altogether.

On Monday a state senate panel approved a bill which would modify the Peach State’s criminal law on brandishing, making it lawful to display a firearm during an altercation so long as the barrel isn’t pointed “offensively” at the other person (take note, NJ State Police).

This is interesting, as overly harsh “brandishing” laws might discourage de-escalation. Not enough information is known about that specifically, however, a 20 year sentence for displaying that you have the means to defend yourself seems excessive.

This bill would also permit individuals to carry in church unless specifically prohibited as well as in courthouses unless a hearing is underway. These two provisions are beneficial for obvious reasons: 1) thieves love to break into cars and steal firearms; and 2) you can’t use a gun if you don’t have one. The bill also would eliminate a five-year suspension of ownership for misdemeanor drug possession. Whether it passes is up for question; SB 244 passed the panel along party lines, but the completely rational drug possession provision might cause friction with hard-core social conservatives.

California Trying to Get the Lead Out

California Assemblyman Kevin Mullin is advancing AB 3071, which would make it unlawful to sell or use ammunition which isn’t “lead-free certified.” Assemblyman Mullin wants the people of California to believe that he cares about their health and the environment, but this seems more like an attempt to backdoor-ban the most common, affordable types of ammunition. Although Mullin claims that alternatives are readily available, he fails to provide evidence of his claim. And because Mullin has little to no experience with firearms, he also doesn’t understand how well-ventilated indoor training facilities are, so there’s minimal exposure for shooters. The most common types of projectiles are lead and steel-core. Indoor ranges tend not to allow steel core ammunition, as it’s a bit sparky and can ignite unburned powder. This means people seeking to practice shooting at indoor ranges will be driven to incredibly expensive alternatives. Making it even harder to become a safe, skilled, gun owner.

Bloomberg-backed political action volunteers visited the South Carolina statehouse and were greeted with open arms and favorable press coverage. The visitors were there to oppose legislation which would make it lawful to open carry in public; current law only allows for permit-based concealed carry. The arguments made by these advocates are unsurprisingly weak. For example, there seems to be a prevailing idea that by permitting law-abiding people to carry firearms in the open people will, for some reason or another, begin having shootouts in the streets.

Tom Wolf is back to his old hoplophobic tricks again. This time he’s lobbying the Pennsylvania Legislature, pushing for them to approve a $6 million investment in “Community Gun Violence Prevention and Reduction” grants. Sounds a bit loaded, doesn’t it? The plan is to fund “community programs that focus on evidence-based strategies or promising practices.” This includes studying things which have only been shown to have a negative impact on normal Americans, like red flag and storage laws, both of which violate constitutionally protected rights while jeopardizing the safety of gun owners.

Rep. Jim Munson has sponsored a bill in the Minnesota Legislature which would allow shooting victims to sue business owners who declare their establishments gun-free zones. This is interesting, as business owners have to take responsibility for hazards they expose the public to. Gun-free zones create opportunities for deliberate targeting of people when they’re least aware of a threat. They also imply on a base level that the customers using the property are safe, and thus the business is claiming some kind of responsibility for the safety of visitors. It makes some sense to make relying on that order, and that implied promise of safety, actionable. There are still some legal concepts, like proximate cause, that give me pause here.