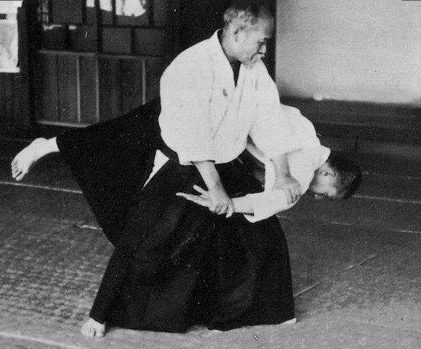 The coronavirus has upended all our lives. It may be months before the disruption in our schedules ends. With declining enrollments at most aikido dojos already, some may never recover. Since most aikido students are now older adults, the difficulty re-establishing aikido training is made more difficult by the rapid loss of strength and flexibility of this age group. Change is not easy when you like what you are doing. It’s impossible for many who are invested emotionally and organizationally it what they have been doing. This break in business as usual can be a time to reconsider, question, and reconfigure what we do. To present and practice our art in a new way. When time comes to “gather the flock,” we do not have to simply resume what we were doing. We have the opportunity to try a new aikido. I offer the following ideas for your consideration.

Aikido has been a part of my life for nearly fifty years.  Even in my sixties, I can’t imagine life without aikido training. The past few years I have enjoyed teaching small groups of advanced students on Long Island, New York.  In 2018 I was a guest instructor for the TAA Memorial Day seminar at Lake Tahoe. It was a great experience, but when I saw the group picture I was struck by how few young people there were.

I have noticed in my own area a dramatic decline in young adults practicing aikido in recent years. Aikido clubs are struggling and some have sadly disbanded.  If the trend continues, this amazing creation of Morihei Ueshiba will soon be relegated to the history books. To stem the decline, remaining the same is not an option.

“Today, however, young people are voting with their feet, sending a clear message. It is a wake up call, but most aikido sensei have either not been listening, or have not cared.”

To address the issue, my students and I are starting an aikido program at a local university.  With aikido’s decline in popularity and poor reputation among many martial artists, engaging young adults will be a challenge.  With several other martial arts clubs at the university, we need to differentiate, and clearly define the benefits and advantages of aikido. Our planning involves taking a hard look at how aikido is presented and practiced.  Am I willing to do this with an art I love? To consider changes to a lineage I admire and respect?

Aikido’s decline partly reflects cultural changes since the 1970’s, when aikido was an exciting new import from the “mystic” East.  The popularity of BJJ and MMA plays a role, as well as young peoples’ busy schedules. However, these are things we have no control over.  What we do have control over is how we present aikido: How is it practiced, and what the results of training are. We are  focusing on benefits and outcomes – like other service providers.

…”the downward trend in those Googling ‘aikido’ – the inevitable first step anyone under 30 takes before starting a new activity – shows an art speeding toward irrelevance…What is more alarming than the lack of searching, is what they find if they do.”

What do they find?  Are we willing to look through their eyes and be painfully honest?  This is what they see – A fun looking recreational activity, sort of paired yoga with tumbling.  Artfully choreographed dance.  Graceful movement, with acrobatic falls. But it does not look, feel, or sound like a martial art, and definitely not like self-defense. Is our lack of new enrollments such a mystery?

Is this description an unfairly harsh critique?  The usual “trashing” of aikido? Perhaps, but as an “insider”I agree with it.   I spent several years taking falls for famous aikido shihan throughout Japan.  They were wonderful years, and I am proud to be considered a “good uke.”  Today, however, young people are voting with their feet, sending a clear message. It is a wake up call, but most aikido sensei have either not been listening, or have not cared.

If a prospective student asks about self-defense, I used to respond “self-defense is not what aikido is really about,” in a dismissive tone, which questioned the student’s motives. As if wanting to be a protector and guardian was a less than an honorable motivation.  Then I would say “aikido takes many years to learn.”  Looking back, this attitude surely discouraged many young men and women from joining my dojo.

It is painful to acknowledge that young people today see in aikido a sanitized, purely theatrical portrayal of self-defense. Beautiful, but lacking in authenticity.  Working in mental health and law enforcement I have faced violence, and it is never beautiful.  Violence is ugly. Along with many young people, I now question the wisdom of portraying violence with “artistic beauty.”  Aikido teachers, myself included, have emphasized “effortless” technique, but this attitude trivializes real violence that a student may face. Real violence is frightening, serious business that is never effortless.  I no longer find such terminology or demonstrations impressive.

When we call aikido a “martial art” it implies students will acquire effective protection skills in a timely fashion. This rarely happens, and it is not the fault of the student.  This is the primary reason for aikido’s decline and poor reputation.

In the 1960’s and 1970’s we were captivated by all things mystical, magical and Asian.  This is not the case with today’s young people.  Call them less inspired – or less naïve, but they want practical skills.  They expect to learn these skills in months, not years.  In the context of our busy, fast moving culture this expectation is understandable and not unreasonable.

To attract and engage today’s young adults we have to confront three questions:

These questions have arisen again and again in my practice in recent years, like a Zen Koan.  They have informed my personal practice, my street encounters, and my approach as a police trainer.  What developed is a sort of two tier approach to aikido – practical for police and young adults, and recreational for older adults.  Police aikido is more compatible with the expectations of today’s young martial arts students, and is the approach we will present in our university class.  The two approaches described are generally as follows:

TIER I – Time limited and skills oriented –  With an unapologetic/unambiguous focus on:

TIER II – As presented in most modern aikido dojos – A relaxed classical approach:

I have friends attempting to attract more young people by borrowing from other systems such as BJJ, or promoting competitive aikido. Our approach is to stick with aikido, but to return to aikido’s roots.  Our Tier I class is very traditional aikido which restores many of the elements of O-Sensei’s aikido which had to be removed in post-war Japan by my teacher, Kisshomaru Ueshiba. The changes were a response to rules of the American occupation authorities.  He had to present aikido not as martial art, but as exercise and “kagura mai” meaning “ritual dance” (see A Life in Aikido, K. Ueshiba pp. 281 – 282).  This became the standard aikido of the Aikikai.  Without these changes aikido would have died with O-Sensei in Iwama, so we owe a great debt to Kisshomaru.  Today, however, O-Sensei’s more martial aikido – with his fierce kiai, sharp atemi, and assertive initiating movements is closer to the expectations of young people.

“Aikido teachers, myself included, have emphasized “effortless” technique, but this attitude trivializes real violence that a student may face. Real violence is frightening, serious business that is never effortless.  I no longer find such terminology or demonstrations impressive.”

It is what Stan Pranin advocated when he spoke of returning “martial integrity” to aikido.  Stan’s commentaries are in fact a blueprint for engaging university students.  He urged us to “reform” aikido practice – i.e. our love affair with acrobatic falls, at the expense of martial integrity.  Stan also used assertive initiating movements with resounding kiai and purposeful atemi to emphasize the importance of “re-taking the initiative” (See “Go no Sen – Path to Defeat”, by Stanley Pranin).  Stan’s practice and demonstrations were reminiscent of the”shinken-shobu” (training with ‘dead earnest’) O-Sensei expressed throughout most of his life.  It is a feeling of acute danger, intense awareness, and mindful movement which is very martial and yet puts a premium on partner safety.  This aikido has the look, sound and feel of “serious” martial arts which today’s young people want.

Stan was not advocating a “harder” aikido.  You never had a training partner more concerned with your safety than practicing with Stan.  Rather than abandoning principles of non-resistance and blending, he urged a return to a balanced understanding of O-Sensei’s Takemusu Aiki paradigm of Earth-Fire-Water.  It means restoring the “Fire” element, the assertive initiating movements, and the “thunder and lightning” (O-Sensei’s words) of Kiai/Atemi.  The spirit young people are looking for to meet real world threats as well as obstacles in their lives.

Our six month target date for students to acquire practical aiki self-defense skills can be met – if we are willing to distill the vast array of techniques down to a small core of essential techniques and concepts.  This has been successful in both police and FBI aikido classes.  The more limited curriculum allows for more realistic drills and “stress testing” to produce muscle memory that can withstand the adrenaline stress of a violent situation.

A simplified curriculum is the reason aikido has a positive reputation in the law enforcement community.  I can attest to how rapidly students can integrate a few simple aikido concepts and techniques when we distill our broad curriculum down to a small core of essentials. You may say this is “watering down” aikido, but students who can protect themselves would disagree.

Another valuable element of O-Sensei’s aikido which we restore to aikido practice is shugyo. Where I trained in Iwama, O-Sensei rose at 4 am to perform several hours of prayer, meditation, breath and sound practices.  With mindfulness now having a prominent place in the culture, and many young people reporting high levels of stress, several minutes of meditation in each class is another component of meeting their needs and providing tangible benefits.

The decline of aikido’s popularity reflects the inevitable changes in our culture.  Aikido teachers can adapt to these changes, or remain static, as aikido quietly fades away.  Refusing to modify our approach to meet these changes is both rigid and lazy. It would be a sad legacy for us to leave.  I am confident we can creatively adjust our approach, while preserving aikido’s essential principles. When we address the needs and expectations of the current generation, they will discover aikido’s tremendous value and benefits.  Now – Let’s get to work!