In aikido, train as though 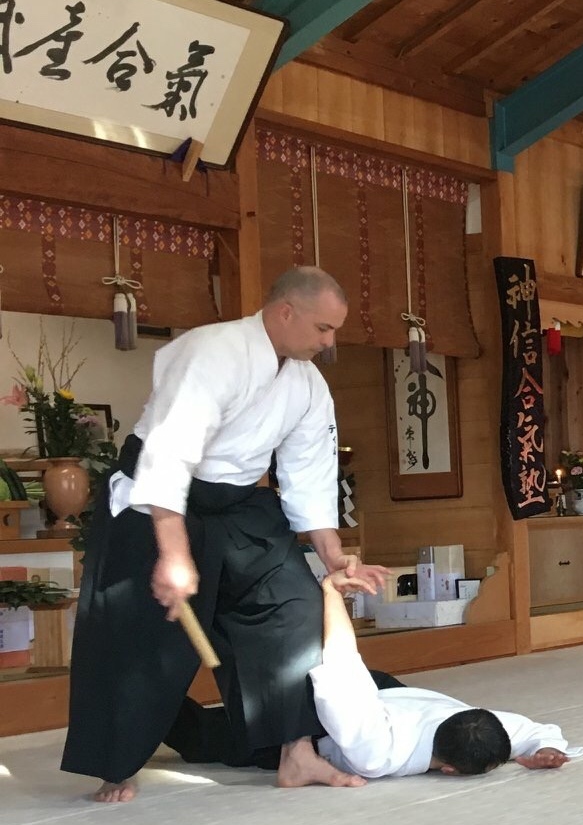 Aikido is sold as ‘the art of peace’, a means of transcending conflict, yet most people train as though they’ll never have to deal with aggressive violence.  This dissonance is why people perceive aikido as disingenuous and why the art’s outlook is trending negative.  To make aikido a viable martial art today, that adds value to people’s lives given the challenges they face, it is important to train as though all the promises were deliverable.

To restore aikido’s potential for making people more resilient and centered, in a more peaceful and secure environment, it is time to train as though it were a “shinken shobu” martial art.  That is, a martial engagement with live blades that determines life or death.  Doing so will change the fundamental approach to training and contribute immensely to the physical, mental, and spiritual readiness of those that subject themselves to such discipline.

The readiness described here is more than just prevailing in conflict.  Personal readiness is a comprehensive term dealing with all aspects of life, including fitness, health, emotional balance, mindset, and overall attitude.  Training in martial systems offers tremendous benefits in all areas of individual achievement and, at least in Japanese traditions, have always been looked at as a Way of Being, regardless of whether they are titled ‘do’ or ‘jutsu’.  However, the test of authenticity for any samurai related combat system must always return to ‘shinken shobu’ and let judgement be rendered according to how well training empowers a practitioner to prevail in edged weapons engagements.

It is time to train as though aikido derives from samurai lineage.  The precursor arts amalgamated by Ueshiba Morihei O’sensei were all exclusive to Japan’s warrior class.  Granted, these class distinctions ceased to be meaningfully enforced in the waning years of the Tokugawa Shogunate and economic changes led many ryuha to open their ranks to wealthy farmers and merchants.

Despite this diversity of students, the training remained oriented on samurai related tasks.  This is particularly true in the case of Daito-ryu Jujutsu, where the art derived from the 0-shiki-uchi system for security inside a palace or castle.  Here, techniques focused on restraining a high level warrior, court official, or noble with minimal damage.

That these arts continue to wear hakama is a testament to their samurai roots.  Samurai never went anywhere without at least some kind of weapon.  It was their right and duty to always be armed.  This contrasts to with empty-handed systems that grew among subjugated people that were prohibited from possessing or carrying regular arms.  This distinction informs foundational training methodologies.

In aikido, it is time to train as though everyone were armed.  Samurai arts are characterized by edged weapons engagements.  Gunpowder and cannon fire, notably from the American Black Ships of 1853, ultimately brought an end to the samurai era.  Yet for roughly the thousand years preceding the 1877 abolishment of the samurai class, Japan’s warriors refined edged weapons and their use in battle to an unparalleled degree.  Whether it be the arrows of mounted archers, spears, other polearms, swords, daggers, shuriken, dirks, or even hairpins, a warrior always had some kind of cutting instrument on them.

Why all the grabs?

It is time to train as though a grab is not the end of an attack but only the beginning.  Many aikido practitioners like to play “connection” games when dealing with grab attacks.  Believing they have all the time in the world, they stand completely oblivious to the realm of secondary attacks they are vulnerable to. This may be fine as an exercise and learning to blend without resistance is an essential feature of aikido.  However, the founder instructed that victory is determined in the moment of contact and that aikido was the path of swift victory.

Having a committed partner firmly hold your wrist is something to be thankful for since they are offering us a learning opportunity.  Still, there is no reason to expect them to flop around like a fish at the end of your line.  They are grabbing for a purpose and, unfortunately, many aikido practitioners have forgotten the reason why aikido even has a preponderance of varied grabs.

In an armed environment, an attacker is grabbing your wrist, forearm, elbow, shoulder, or lapel to control you.  This control is to prevent you from accessing your weapons while the attacker lines up their next move, whether it be a strike or further restraint.

In a weapons based system, combative engagement pattern training, known as kata in Japanese, is necessary for safety purposes.  Aikido techniques are practiced through kata that explore a tactical problem examined as a snapshot in time, isolating the moment a grab happens in the furtherance of the attacker’s further objective.  Again, these kinds of attacks are to conduct a strike or restrain the defender’s freedom of movement, most especially their ability to deploy a weapon.

The way is in training

Aikido and other samurai related combat systems use kata to examine techniques as potential outcomes from a given scenario.  Kata are a map of reality, not the actual territory.  There is no feasible way to equate the conditions of armed combat in a dojo.  Soberly accepting the reality of edged weapons combat will release any need to prove otherwise.  Don't conflate skill building through kata with combat.  Art only imitates life.

Rather than disparaging kata as a methodology, repetitive combat engagement pattern training should be embraced as the key to programming synaptic pathways for skillful action.  Adding layers of myelin through deliberate practice to one’s neural circuitry is the path to mastery.  This is why suburi and kata are the basis of all samurai combat systems, particularly those koryu born during the period of constant warfare.  The koryu understood the nature of edged weapons combat, and how to train for it, in a way that was forgotten soon after the introduction of padding and sporting competitions.

Most aikido practitioners rightly dispense with wearing weapons in the manner samurai did, in peacetime and war, for safety reasons.  Frequently falling to the ground with hard objects lodged within your belt line poses a risk of injury so, long ago and for a number of reasons, the presence of weapons was merely assumed.  Over time, this assumption has been forgotten and many aikido practitioners ignore the ubiquitous presence of weapons in samurai society.  This has led to a failure to appreciate the technical imperatives required to survive an edged weapons attack.  The time available, viable fields of maneuver, and gaining a tactically superior position while avoiding debilitating wounds changes completely when the presence of weapons is held foremost in mind.

To be a viable martial path, aikido, like all samurai related arts, must take as given, and train as though, everyone is armed.  In modern society this should go without needing to be said.  Regardless of the legislative restraints imposed by governments everyone has access to weapons and the evidence manifests daily all around the world.  A recent sword attack in Stuttgart, Germany and the staggering rise of knife crime in the United Kingdom illustrate this.

Those claiming to want aikido to be oriented on “self-defense” are missing the point when asking how these techniques can contend with fighting sports or claiming that adding competition will improve matters.  Training as though everyone were armed, and multiple attackers can emerge without warning, is the essence of Shinken Shobu.  Training this mindset creates the most practical benefits for aikido practitioners concerned with the harsh realities of conflict.

Practical self-defense means always having some kind of weapon readily available, maintaining situational awareness, choosing a tactically viable position wherever one goes, and avoiding potentially violent situations to the furthest extent possible.  When confronted, self-defense involves creating space, covering behind physical barriers, and deescalating the situation with loud repetitive verbal commands such as “stay back!”, “leave me alone!”, and “call 911!” 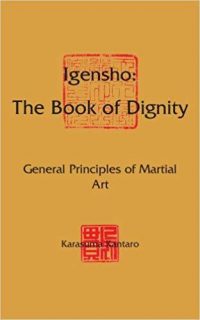 Notice that real self-defense does not involve adopting an aggressive stance, putting up your dukes, and sparring with an opponent.  Those concerned with mere self-defense fail to grasp the purpose of martial art, which is to empower practitioners with the means of claiming dominion over what is theirs and to live with dignity.  Igensho: The Book of Dignity explains this in great detail.  A free PDF outline of the Igensho is available here.

Suffice to say, if self-defense is the main concern learning to avoid danger, dialogue techniques, and weapons employment are paramount.  Training situational awareness to avoid unnecessary fights is the utmost skill for self-defense.  Having a tactical flashlight and some kind of weapon are the means of self-defense when conflict is unavoidable.  The willingness to engage, preferably with a tool rather than one’s hands, begins with recognizing when an attack is imminent.  Surviving a violent encounter in the real world is completely different from winning at a fighting sport.

As a law enforcement officer and defensive tactics trainer, I would tell my students that we are here to perform our duties and affect arrests, not score points or win matches.  Sun Tzu put it best in The Art of War: the important thing in doing battle is victory, not protracted warfare.

For self, society, and posterity

If aikido is to have credibility as a martial art its proponents must dispense with comparisons to fighting sports and competitive arts.  To train as though life and death are determined in an instant of edged weapons engagement changes everything.  Attacks occur in an instant yet there are cues and signals leading up to that decisive moment.  Therefore, cultivating the calm awareness known as ‘mushin’ no-mind is essential.

Again, this is done through repetitive practice of combative engagement patterns, kata, to such degree that the necessary movements are honed, internalized, and executed unconsciously with minimal physical telegraphing or mental calculation.  This describes the “fudoshin” immovable mind that maintains stillness and awareness in the midst of, even violent, action.

I recognize that a great deal of the aikido world does not reflect this approach and this may be the reason why its reputation is receding in the martial arts world.  This is, I believe, one of the main reasons why aikido is losing credibility as a martial art.  The propagation of an ethical martial system, like aikido, is needed more now than ever to reverse the de-civilization we are witnessing in society.  Hopefully, if more people train as though aikido is derives from the samurai imperative to prevail in an edged weapons environment that trend will change. 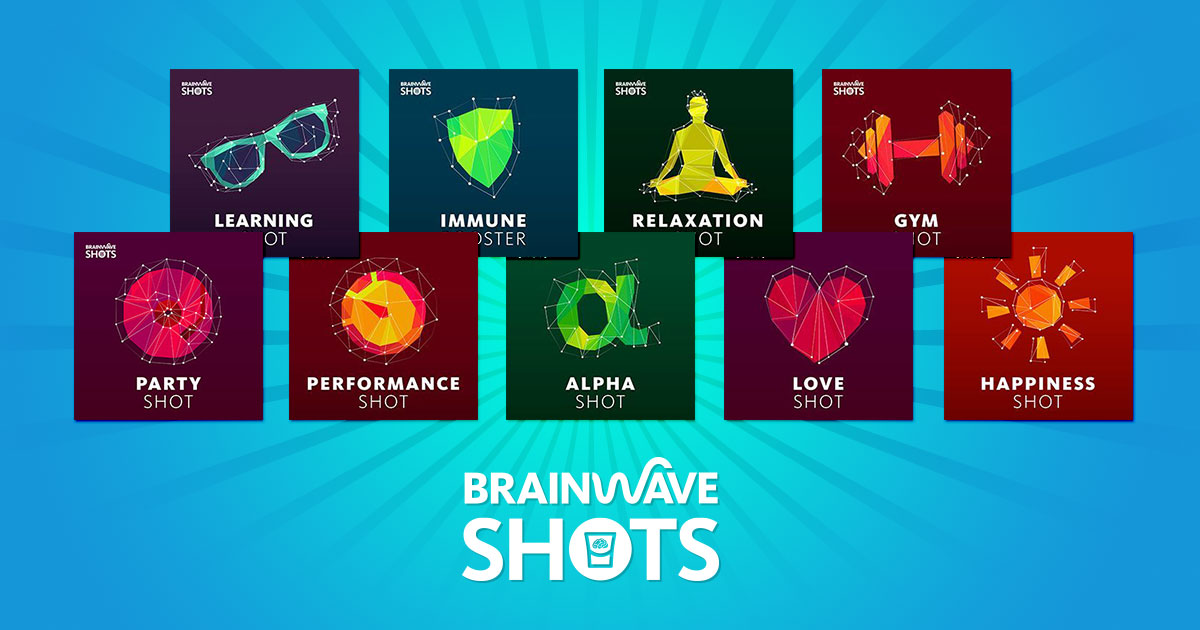 P.S.: If you're looking for the perfect tool for getting into the ideal state of mind for whatever you want in life, check out Brainwave Shots.  They are high powered meditation technology, empowering you with all the benefits of outcome targeted mindfulness in a short amount of time.

Get a free sample here.