The End of Gun Control: 1.7 Clearing Up Street Crime 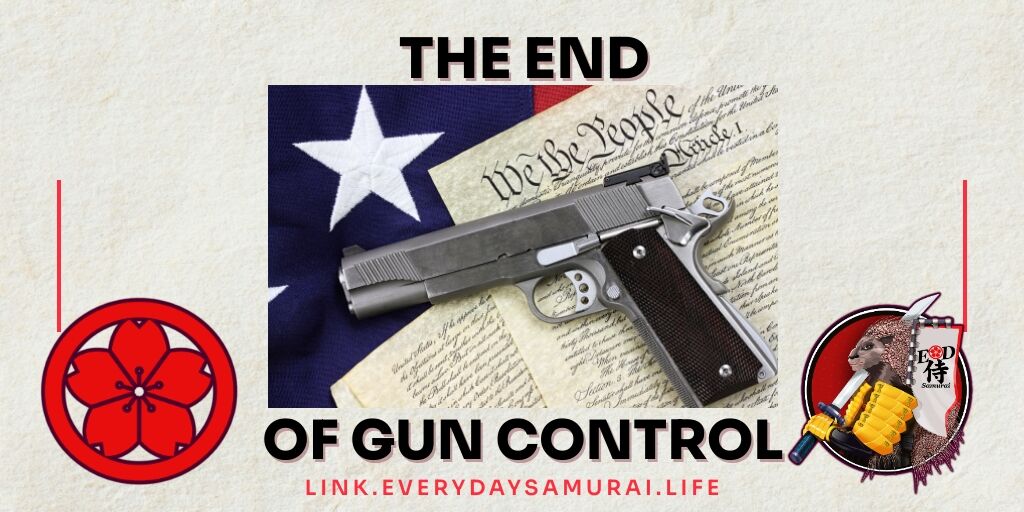 Chasing data without a solid theoretical model leads to a ceaseless struggle of competing views mired in unmoored subjectivism.  Now, there is nothing wrong with subjectivism and, since it is inescapable, it is advisable to make peace with the impossibility of objectiveness in the social sciences.

Models assist us mere mortals to sort and prioritize information.  Building effective analytical frameworks to penetrate through pervasive noise to find accurate signals is the most one can hope for when synthesizing evidence.  Yet even this cannot escape human subjectivity.

There really can be no such thing as “value-free” science.  Political economy is the study of institutional arrangements and models of social organization to optimize for the maximization of human material well-being.  After all, figuring out what allows for “the wealth of nations” begins with a bias toward human flourishing.

This is important to remind ourselves frequently and to anyone questioning why we want to put an end to gun control: protecting life, liberty, and property, as well as the security of a free state, promotes human well-being so that people can pursue their highest aspirations.  By being armed, organized, and disciplined to execute the law, repel invasions, and  suppressing insurrections we are contributing to a society where people can thrive.

In addition to evaluating policy proposals to see how their implementation will affect not only those it is specifically designed to assist but all groups, as Henry Hazlitt elaborated on in his Economics in One Lesson, the analysis must also include the long term ramifications.  Like taking drugs into the body or injecting liquidity into an economy, short term stimulus inevitably winds up in a crash.  Sustainability must be built into the model if human flourishing is the goal.  As strategists, we must think of second and third order effects.

Those seeking the End of Gun Control should readily admit that they are predisposed toward the protection of people and their property.  Sun Tzu advised in The Art of War that keeping things intact is best and destroying things creates calamity.  The warrior-sage seeks to take things whole, in order for their victory to be complete, not by denying the likelihood of an enemy coming, but on the ability to repel them.

The model of success, then, that informs what information to pursue in evaluating social policy, is the institutional arrangements most conducive for people to be secure in their person and property.  The question to ask is: How do people within a society arrange for the orchestration of sustainable security and justice given the proclivity of some to engage in predation and parasitism?

The function of law is to promote social harmony by prohibiting improper interpersonal conduct.  While law has become perverted and convoluted through political churn, a universally applicable and scientifically discernible formulation can be stated simply:

Do all you have agreed to do and do not encroach upon other people or their property.

This common law approach, valid for all people and at all times, regardless of social status, provides the basis of contract and restitution-based criminal torts.  Further, it affords no privileges or licenses for those that would use the power of the state as a vehicle for plunder.  Because such ‘official villains’, and those supporting or aspiring to be, are predisposed to obfuscate their designs under cover of legitimacy, it is essential to constantly check state behavior against the model of justice laid out by the two elements of common law.

This also helps separate the signal from the noise with simple tests.  Ask of every policy proposal whether it supports or undermines property rights and the integrity of contracts.

With this concise, yet comprehensive, model of justice the question then becomes one of determining how to implement it.  Implementation requires applying resources to bring the model into effect.

Still, abstract ideals of justice are useless without enforcement in the real world.  The challenge, then, is transferring the model into a policy while supplying sufficient logistical support toward the administration of law and justice, the actual mobilization of people and equipment engaged in security and justice services.

This is, so to speak, where the devil slips into the details.

Before discussing what crime suppression would like when confined to common law, as well as how to provision for it, the first task is clearing the slate of preconceptions.  The majority of this task involves noticing all the deleterious things that law enforcement in a free state would not do.

Further, the work of Nobel Prize winning economist Elinor Ostrom revealed that smaller, lower funded police forces, with closer ties to their communities, were more positively regarded by their constituents.  Ostrom also found that larger, more centralized and bureaucratic agencies had a negative effect on community perception of public services.

This means satisfying consumer demand for policing and security does not necessarily require tremendous resources, particularly when constrained to protecting life, liberty, property, and the integrity of contracts.

So, police and other government agents in a free society would not be enforcing  prohibitions or compulsions regarding:

It is not that these things couldn’t exist in a free society, it is merely a recognition that a governmental structure that abides with a universal common law would have no legitimate coercive involvement in these areas.  However, absent the coercive taxation upon which these programs currently rely, it is likely that such interventions will rightly wither on the vine.

Along with them the resentment, antagonisms, and social strife that result from enforcing these artificial and unjust mandates will similarly evaporate, leaving the field of human cooperation more harmonious and open to spontaneous order.

Rather than being fearful of cops using every citizen them, contact as a pretext to search for drugs, weapons, or other contraband, people would have a greater sense of security in their person, houses, papers, and effects, as the 4th amendment promised.  Having less fear of harassment from the enforcement agents of the state relieves a significant source of anxiety and conflict.  Artificially manufactured, ‘malum in prohibitum’ crimes, along with their  reverberating effects, would disappear.

By legitimizing trade in all forms of private property, black markets would be brought into the light where buyers, sellers, and competitors could negotiate or settle disputes using formal arbitration and professional mediation mechanisms.  Gone would be much of the gang related violence and crime associated with dealing in arbitrarily outlawed property.

Since, drugs, gambling, prostitution, weapons, and every other conceivable product or service would be no longer forced into the shadows, the quality and standardization of these things would improve allowing for safer outcomes than under politicization.

Further, the costs associated with establishing and funding the cumbersome bureaucracies employed by the state to enforce prohibition would be lifted from the backs of the tax-paying public.  This would free up resources for people to direct toward other endeavors, including health care and personal development, according to their own preferences.

Absent the conflict and social problems caused by prohibition, legitimate law enforcement tasks would concentrate on security for people and their property.  Justice in a free society would be a matter of determining if an encroachment of justly held property occurred, and by whom, before determining a contract for restitution between the perpetrator and complainant.