The Coronavirus Crisis Shines Light on the Debt Spiral 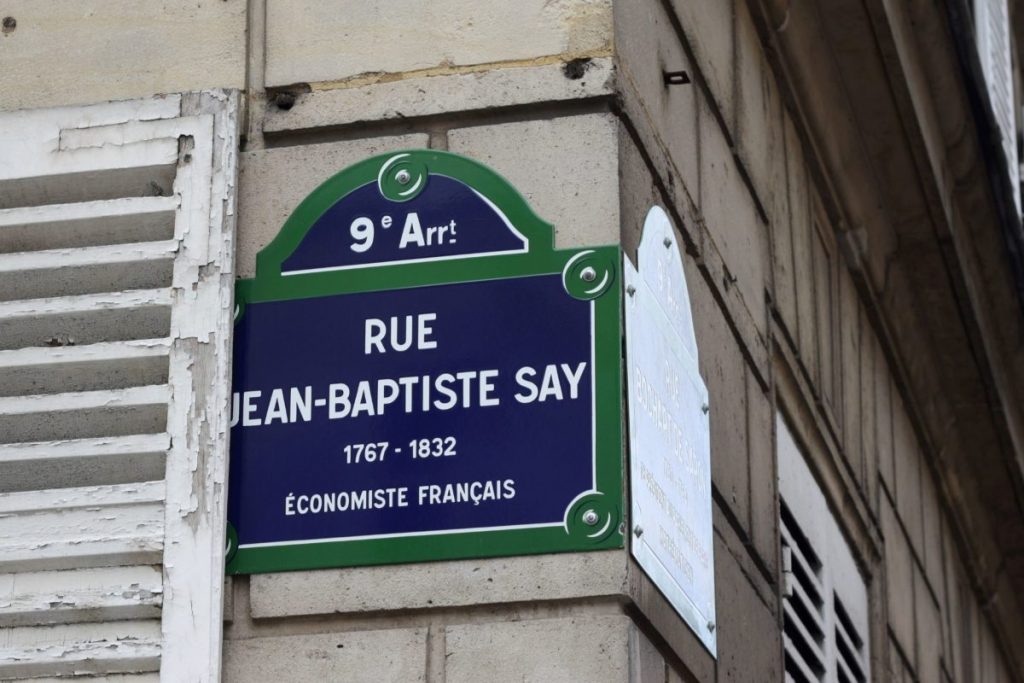 After one month of this mandated lockdown: businesses, restaurants, tourism, air travel, and commerce must be rescued. After 200 years of growth nobody has any reserves.

This seems normal to the public, to politicians, and to many economists. But it should not. However, seventy years of credit-financed growth have led us here. After the war, the “reversal of all values” that occurred in the Anglosphere prevailed. Economic activity no longer begins with saving for machines, goods, and wages, but with credit. And when the economy faltered, it was increasingly seen as normal that the central banks, via the creation of money, stimulated the whole credit chain: banks, companies, credit card debt. In the same way, it was always seen as the state’s duty to stimulate “aggregate demand” through deficits.

The result was already painfully evident in the 2008 financial crisis. Everyone was caught up in the credit chain, and when a link broke (like Lehman Brothers and a few other banks), the chain recoiled. Instead of loans triggering demand from everyone—companies, households, and governments—they all threatened to plunge into the debt hole, or at least to dry up liquidity completely.

For ten years, central banks and governments have responded with the simple recipe: more credit and more deficit financed spending. And now the Coronavirus crisis is making it clear, for the second time in a very short period, that much more money creation and government spending is needed to prevent—or again postpone—the collective collapse.

It is all more of the same. Or according to Albert Einstein’s definition of insanity: trying the same thing more than once and expecting a different result. For seventy years, the wise choice would always have been to save, thereby building up assets, for companies and employees alike.

From Money Creation through Loans to the Debt Trap

After all, credit chains are all the exact same, and always have been, just as the economist Hyman P. Minsky described it thirty years ago. He diagnosed the first phase in such credit networks, when the banks (fractional reserve banks) grant credit simply by setting up an account for this purpose, from which the new debtor may draw to use for his purposes (e.g. for suppliers). They draw money on credit. In this way, a flow of revenue is provided as an implicit collateral by the debtor, such as revenues from the company, an apartment building, taxes in the state budget, etc. These revenue flows are then used to pay the interest and repay the loan. This is the investment phase. Because this is going well, the users borrow so much that the revenue flow just covers the interest and they expect that the loan will be renewed when it matures (“rollover” is the name of this expected phase, which Minsky called “speculative”). Because this also usually works out well, everyone then takes on the interest costs as new loans, in a snowball process that is the third phase.

The ruin spreads like wildfire. This is called “the Minsky moment.”`}`

This is where the western national budgets have been since 2008. They simply add debt interest to the debt as a new deficit. Just like many listed companies,  which did not pay back the interest or even the loans from the flow of revenue but rather bought back shares with it in order to boost share prices. Reserves are therefore minimal. The same applies to households in many “rich” countries—they are in debt through credit cards, student loans, and auto financing.

The Virtue of Self-Financing—Otherwise, It’s Everyone Living at Everyone Else’s Expense

All of this means that the Western economies are operating on thin capital cover for all parties involved. However, phase two, and especially three, of the debt chain are immediately in danger of collapsing if a crisis causes even a slight slowdown in the revenue stream from business, rents, and wages. Then the liquidity of the markets dries up. All participants, even the more solid ones, have to liquidate everything, but the prices of the investments collapse. The ruin spreads like wildfire. This is called “the Minsky moment.”

If, on the other hand, all players in the economy are largely self-financed and if they have reserves, then a crisis may eat its way painfully into your equity, but it does not knock you down immediately. Above all, a problem case does not break the chain that drags all the others along. And above all, it is not necessary for a central bank to support the whole shaky banking system with even more new money. Above all, it is not necessary for an already heavily strained state budget, as is the case today, to outbid itself with new spending.

No one really needs to provide, save, or build up reserves. Everyone is rescued—at the expense of everyone else, and with the help of the state.

Of course, the implicit message of all this state aid is devastating: No one really needs to provide, save, or build up reserves. Everyone is rescued—at the expense of everyone else, and with the help of the state. In the 19th century, Frédéric Bastiat described the state as an institution thanks to which everyone (wants to) live at the expense of everyone else. The implicit agreement that we all want to trade and succeed at our own risk in contestable markets, and that this is the only way to succeed, has long since been dropped.

The Inevitable Appeal to the State for Complete Security

That’s the basic principle. Now let’s consider the concrete reality of the near future. The U.S. and European central banks are now buying up government bonds without limits—they are, in effect, directly monetizing the enormous government aid that was passed at the same time. The Bank of England even officially prints money directly for the treasury. The U.S. Federal Reserve pays new money directly for national and municipal debt instruments. Both central banks buy up all kinds of debt papers from companies, in huge quantities, and down to the lowest level of “junk.” This way, the credit pyramids and credit chains of industry, retail trade, restaurants, tourism, and air travel companies are secured and, if necessary, paid. Millions of workers were put on short-term work or unemployment status and paid.

Here, too, one can see the implicit message: nobody has to plan better in the future than they did before; everyone should keep their jobs or get them back; all companies should be able to continue; and all states should finance themselves through new money. As is typical for many, the call is for an even bigger state and at the same time for more state intervention that follows a clear political agenda.

Richard David Precht, for example, who ventures into the fiscal realm as a “philosopher,” is calling for a 25% tax on Internet purchases. After all, he says, the inner cities in Europe are emptied of all the closely packed commercial shops that he had known in his youth. But Precht’s historical nostalgia is not historical. The shops of that time, which were built close to one another, were the ones that, 100 years ago, replaced the upper middle-class 19th century entrance doors in all the old towns with friezes, knockers, and grating. They were themselves innovative at the time and destroyed what had been there before, but in so doing they made greater prosperity possible for more people.

Stagnation without innovation threatens all “rich” countries. But then one day they will no longer be rich.

Let us beware of wanting to freeze everything in the present moment, out of fear of the future, at the 1980 level and to the detriment of innovation! Because actually, without a full guarantee, most people would spontaneously reorganize themselves. In my village, the “Kreuz” has been serving meals since 1542. But now that they are officially closed down: the inn has switched to home deliveries for the first time in 500 years without waiting for help.

Stagnation without innovation threatens all “rich” countries. But then one day they will no longer be rich. Nor will the ever-generous state.

But what would a more resilient world look like after the crisis?

Guidelines for a Secure World after the Crisis

Big government should not, as happens today, encroach on property, inheritances, or capital holdings, but rather promote property and reserves. The late Nobel Prize winner James E. Meade brought up good idea (even by way of an example): the progressive consumption tax. Everyone would declare how much their wealth/capital was for the previous year, plus the income earned since then. Whatever of this sum was not available in the following year would be taxed at increasing rates. Heirs would thus only be taxed if they spent their inheritance, the rich only if they had chipped away at their capital. But all capital that was subsequently formed would be tax-free—a premium for building up reserves, a penalty for losses by consumption. James Meade leaned toward the left, by the way.

Closer to the prevailing tax philosophies would be the idea of promoting employee capital formation more strongly and not taxing companies. Only interest, wages, bonuses, and dividends would be taxed; in other words, everything that drains the productive and value-creating capital. And if at all, corporate tax codes should not allow deductions for debts and interest, i.e. they should not subsidize credit growth, but rather they should increase write-offs for research and equipment, i.e. they should promote innovation and capital formation.

Stock corporation law should, as in Italy and France, allow owners with a holding period of several years to receive double voting rights or higher dividends. Then they would not push company executives to drive maximum prices on the stock exchange with share buybacks and other short-term tricks.

Universities should again teach Say’s theorem in economics. The great French economist Jean-Baptiste Say (1767-1832) said that from a macroeconomic perspective supply creates demand, and not vice versa. For products are not bought with money that falls from heaven or that people have received from the state in order to be able to demand goods, but with the money that flows from the proceeds and wages of productive work and the supply sold from it. When private companies start up, they buy raw materials and equipment, hire workers–they demand them (and had saved for them because they were already producing something before). If the supply-side is important instead of “demand management” then it must be cared for. The more it is cared for, the more it actually takes care of itself. But that presupposes few restrictions, few state interventions, and free labor markets. And if you are wrong about the market, according to the Austrian perspective, “creative destruction” will catch up with you.

If there are reserves everywhere, because you have managed well and put some funds aside, then there is no problem. But for seventy years the opposite has been true—total demand had to be stimulated with loans and deficits so that supply could emerge. If something went wrong, the state intervenes. That has little to do with capitalism. The consequences of this state-oriented view, the debt pyramids, reach beyond us and into the future.

You see, there are ideas for more robust, capital-creating approach, in teaching and practice. The Coronavirus crisis should serve as a reminder of this.