Learn how to live with dignity, act with propriety, and defend against aggression. 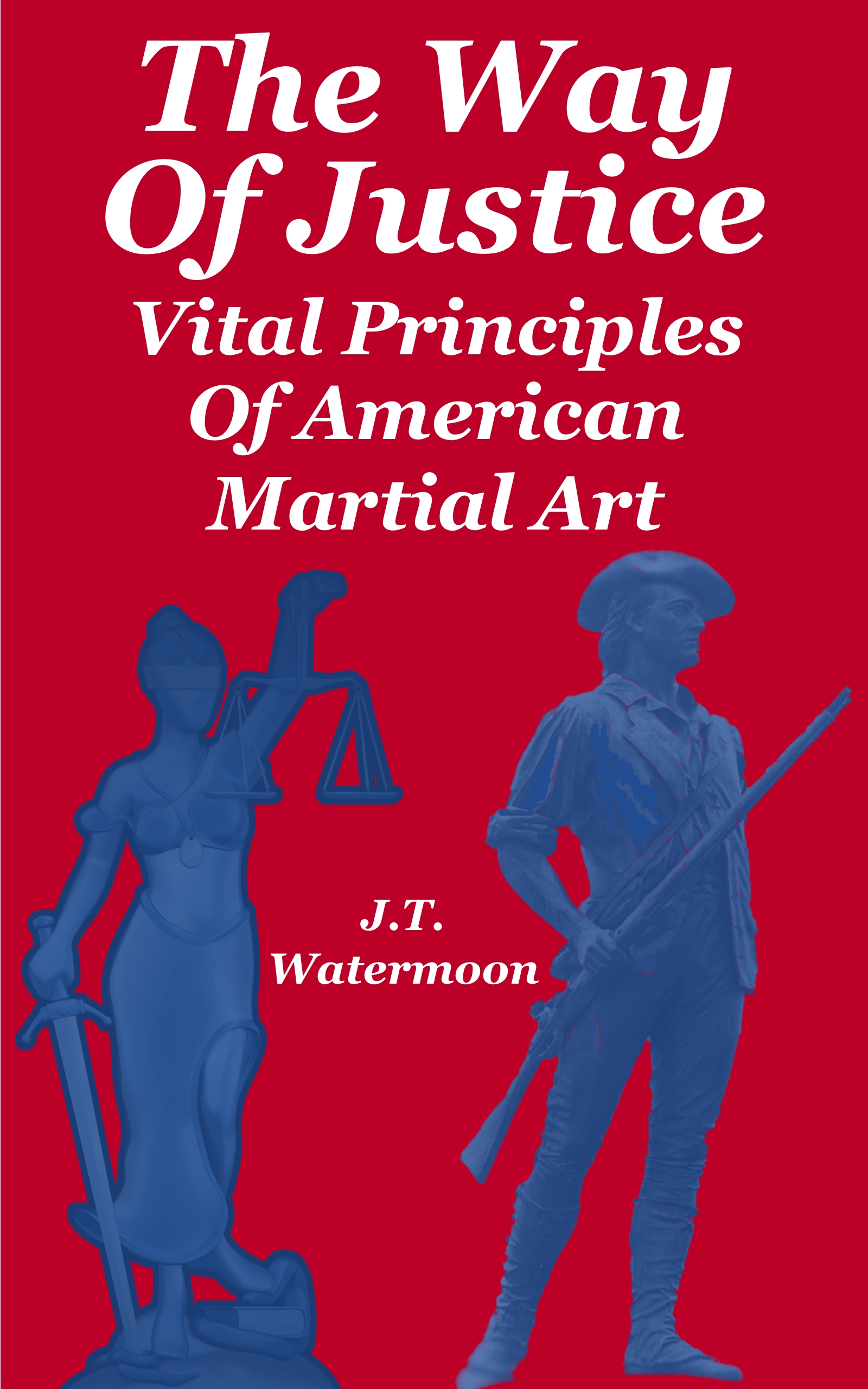 The Way of the Good Life is to pursue one's own highest valued ends, at liberty, without recourse to aggression.  If everyone lived this way, peace and prosperity would prevail and humanity would experience ever increasing living standards.

Unfortunately, that is not the world we live in.  Many choose to make their living through predation.  Worse still is that the most prevalent form of aggression is done with the force of law.  Aggressors have co-opted the state and use it to plunder their neighbors.

It is time to get back to basics.  Right action grows from correct principles.  Grounded in the principles of justice, the clouds of confusion (or even deception perpetrated by the predatory-parasitic class) fade away and the path to a more civil society becomes clear.

"The Law perverted!  It has acted in direct opposition to its proper end; it has destroyed its own object...annihilating that justice which it ought to have established."

The French economist Frederick Bastiat, in his short book "The Law", described how institutions entrusted to enact justice become corrupted and transformed into a source of injustice, social strife, and civil immiseration.  It should not be this way.  Law performs an important function toward coordinating mutual defense.

“The law is the organization of the natural right of lawful defense; it is the substitution of collective for individual forces, for the purpose of acting in the sphere in which they have a right to act, of doing what they have a right to do, to secure persons, liberties, and properties, and to maintain each in its right, so as to cause justice to reign over all.”

The perversion of justice comes about when people in a society neglect to pay the price of eternal vigilance to maintain their liberty.  Not knowing the underlying principles of justice and what tests to apply in a given circumstance only allows cunning politicians, bureaucrats, and the ruling elite to capitalize on the ignorance of the masses.

Government 'of and by the people' has turned into a cover for widespread looting and untold violations of justice.

There is, however, good news.  The principles of justice are actually enshrined in the 'supreme law of the land' and can be learned in such a way that you can instantly know what is right and start rebuilding the foundations of a just society.

You Can Be A Part Of The Solution When You Know

The Way of Justice

To live a dignified life requires a space free from aggression so you can pursue what you find "of the highest value."  Access to The Good Life depends upon Justice which, in turn, requires the willingness to uphold these principles universally.

Proper human conduct is the exercise of Free Will through the possession of Individual Rights without encroaching upon the equal rights of others.  Propriety is maintained through the systemic enforcement of non-aggression.

Upholding Justice begins with recourse to Reason and, ultimately, through the minimum necessary use of Force to counter aggression. Civilization flourishes when societies practice martial art aimed at protecting the Rights of all.

The Way of Justice provides a moral compass for knowing what is right and how to live with integrity, propriety, and a keen sense of civic duty.  It offers a code of conduct that values individual rights and social good: Never Aggress. Never Submit.

The Way of Justice: Vital Principles of American Martial Art lights the path to personal clarity, wealth, and a thriving, harmonious society by upholding the highest political and social good: Liberty.

One of the most pressing questions humanity faces is how can people live peaceably among one another.  Conflicts inevitably arise among individuals and communities, therefore finding ways to avoid destructive behaviors has led to inquiries on what is just, or proper, in human conduct.

The pursuit of justice consists of two parts: knowing what is right and enforcing it.

To secure what is right people develop the capacity to do violence against transgressors, usually aided by tools and weapons, as well as by other individuals with whom they find common cause.  This capacity is called “martial” because of the association with Mars, the Roman god of war.

War is, by its nature, destructive.  Therefore, martial skill in pursuit of justice must be restricted to deterrence or to repel those imposing injustice.

The question then becomes one of knowing what justice is and when the use of force is justified.

Every society, from every culture, develops law as a means of codifying acceptable behavior.  A neutral third party to help settle disputes is, according to John Locke’s Second Treatise of Government, useful for overcoming the inconveniences of being a judge in one’s own case.  The most important aspect of law to have it accepted as legitimate by the community.

A constant plague upon humanity has been the perversion of justice, the subversion of law, on the part of a “lawgiver” that turns despotic.  Rather than protecting people and their property, the so called authorities use their monopoly position to further their own ends, all at the expense of their constituents.

The American colonists that seceded from Great Britain saw through the “divine right of kings” canard and understood that government was rightly a contract for security and justice services.  They recognized that inherent to justice was a people’s right to alter or abolish a government that loses its legitimacy.

The American Founders inherited a long tradition of trying to design a system of government that could provide a secure space for its citizens to pursue a good life in peace and freedom.   The republic they designed was an attempt to create a federation of “free and independent States”, each with their own unique creeds, cultures, and characteristics yet willing to work together to address “res publica”, the public thing, issues on which they held common concern.

The American republic was structured for mutual security and premised upon having the population armed, organized, and disciplined to execute the laws, repel invasions, and suppress insurrections.  In other words, the American republic requires the citizenry to be skilled in martial art while also being thoroughly grounded in the principles of justice.

My friend and mentor, James Thomas Watermoon or “Jim” as I call him, has distilled a lifetime of martial art wisdom into a short volume that offers a practical and systematic way of understanding and implementing justice.  Jim studied weapons-based and empty-handed martial art forms while living in Asia and also taught firearms skills to select clientele in the US.

Jim closely examined the principles of liberty underlying the founding of the republic and the pursuit of a more perfect union.  What you will find in the following pages is a set of mutually reinforcing principles that logically build upon one another to render an ethical framework for knowing when the application of force is justified.

More importantly, Jim provides a clear philosophical pathway for defending justice, securing dignity, and promoting a good life for real people living peacefully in a civil society.  This path, of course, must be protected by those skilled in martial art.  Indeed, upholding the Constitution for the United States depends upon it.

That is why Jim’s presentation is so important.  These principles are vital to fulfilling the American dream.

May liberty and justice prevail!

Learn how to live with dignity, act with propriety, and defend against aggression.

In Service To Your Liberty