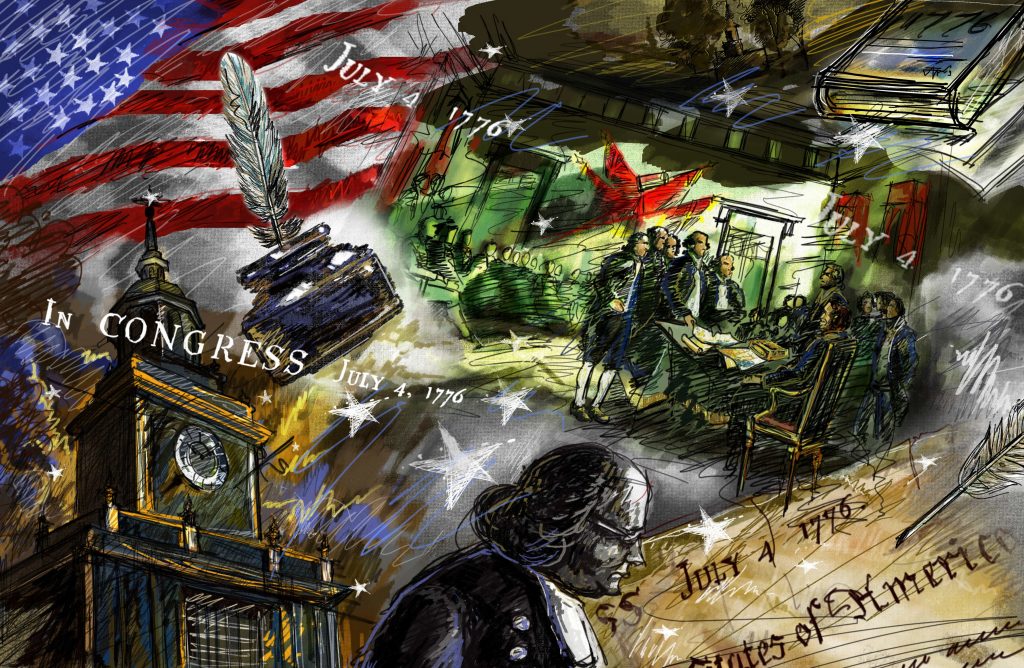 Everyday Samurai is in service to your liberty and the security of a free state.  We are setting brushfires of freedom, one spark at a time, and it all begins with you.

Are you ready to shine your light?

Today we are digging even further into Igensho: The Book Of Dignity, General Principles of Martial Art.  It’s a tremendous book that talks about not only how to train, but also how to orient your training to create positive effects in your community, and country by understanding the purpose of martial arts.

Its not about sports or winning competitions, its not even about “self-defense”.  Martial art is about upholding propriety…or proper conduct in human relationships.  In other words, martial training is about maintaining a social order that respects people and their property.

This might be, if you’ll pardon the pun, quite striking to some people, but I’ll take it one step further with a somewhat controversial example, but first let tell you about a resource that will help you make sense of all this…and that is our free downloadable outline of the book we’re talking about.  Get your free copy at www.everydaysamurai.life/dignity.

Now, back to my example and it comes from the US Constitution.  I’m talking more specifically about the Second Amendment.  Most people focus on the part that talks about the right of the people to keep and bear arms shall not be infringed.  From this, they argue about the right to carry a firearm as a means to self-defense.

Many state-level concealed carry permit applications ask you for the reason for applying with a checkbox listing self-defense.

Recent Supreme Court cases, like Heller or McDonald, have, after much political churn and gnashing of teeth, affirmed the individual right to own and carry a firearm.

That’s great and all, but it was never up to them to decide in the first place.  That power was never delegated to the general government of the United States and was, in point of fact, prohibited from legislative conditioning.  That’s what “shall not be infringed” means, the government has no authority to interfere with a citizen’s right to own property, including those items of property designed to protect their own lives.

No government that disarms its people can be considered legitimate.

That the debate has devolved to such degree only shows just how far from principle the popular understanding of the proper role and scope of government has strayed.

What I’m getting at is the bulk of the discussion oriented on the second half of the Amendment’s language.  This is, I believe, a distraction from the real issue and one that, while the argument stays centered on the individual right to self-defense, actually weakens the cause of liberty.

You see, just like martial arts in general, the second amendment is not about self-defense.  To understand its purpose you have to look at the first part of the amendment, which is, I would argue, the most important thirteen words in the entire US Constitution.

The Second Amendment is about the security of a free state.  It declares the militia, which is properly understood as “the militia of the several states” as **necessary**.  The militia is the only institution declared as “necessary” in the entire constitution.  Not even Congress or the President is declared necessary, and some might argue that we’d all be better off without them.  I’ll save that for another time.

What I’m getting at is the militia are the practical means through which “We The People” organize, equip, and train to fulfill the promise made by the Constitution, to guarantee each constituent state a republican form of government.  In other words, the Second Amendment is the way free people ensure local self-government, or what the Constitution calls a “free state”.

That these “necessary” institutions are almost unheard of in modern society may be a clear indication of why government appears to be so dysfunctional.

Igensho: The Book of Dignity, discusses this at length, not so much from the technical aspects of the Constitution, but through general principles of martial art.  This book is like a modern-day Sun Tzu’s Art of War, or Sonshi in Japanese.  If you’ll recall, the opening passages of Sonshi are: War is of vital importance to a nation, the ground of existence or extinction, one cannot but consider it.

The way a people organize for war determines how they will live, or die, in relation to themselves and their neighbors.  In the same way that even if you are not interested in politics, politics is interested in you, every one of us, that would live in peace and freedom, is obliged to think about martial art as a system of maintaining self-governance, and the individual and communal levels.

Igensho offers value for those who would act in alignment with peace and freedom.  The author used his in-depth knowledge of Japanese martial arts, including karate and aikido, along with the principles of the American revolution, to develop what he calls the martial art of the American republic.

The first priority of which is to maintain a “force in being”.  To understand what this means, pick up a copy of the book…or get our free outline here: