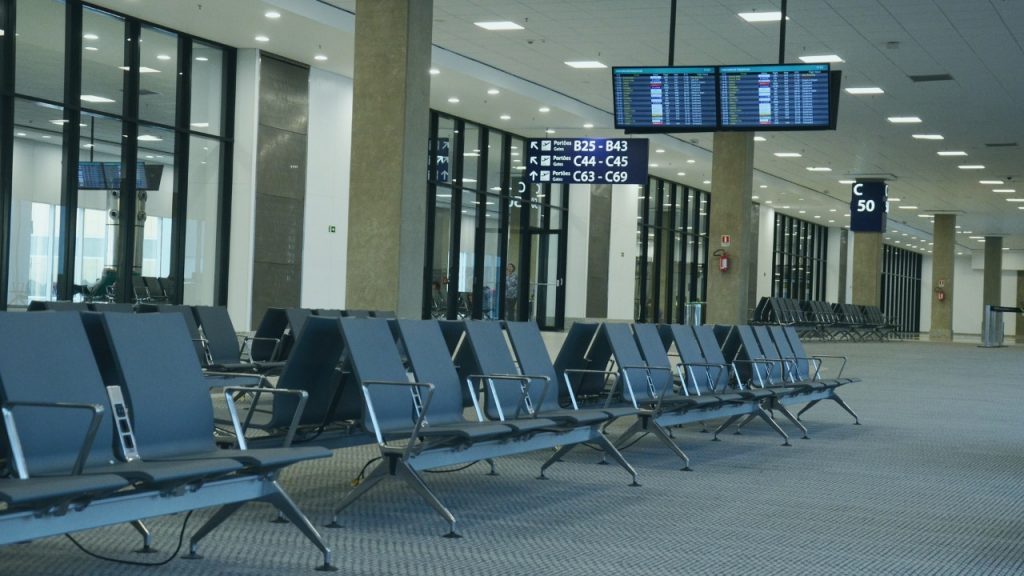 Following the attacks of September 11th, Congress passed the Aviation and Transportation Security Act (ATSA), creating the Transportation Security Agency (TSA). The TSA replaced private security screening companies with one government agency. Since then, air travelers have bowed to pat-downs, bans on water bottles and other inconvenient, intrusive procedures as the “new normal” at our nation’s airports.

But does any of this make us safer?

The short answer is no, it doesn’t.

What’s more, laid out below is the quantifiable evidence that the TSA is a massive boondoggle that has done little to keep Americans safe while they travel. Indeed, it might make us less safe by providing a false sense of security, as American politicians shy away from ever questioning the efficacy of the TSA (or other elements deemed necessary for “homeland security”).

Perhaps more disturbing is the established record of TSA agents stealing from passengers. You’re far more likely to get robbed by a TSA agent than you are to get protected by one, a shorthand for the bureaucratic state if there ever was one.

We did an in-depth study about the history, practices and statistics of the Transportation Security Agency. Whether you’re skeptical of the TSA efficacy, convinced of their incompetence, or just irritated about having to get groped to go on a plane, this article is a must-read.

Security Theater and the TSA

Security expert Bruce Schneier coined the term “security theater” to describe some of the TSA’s procedures and screening practices. Security theater provides the appearance of enhanced security without actually making anyone more secure.

There have been significant and numerous changes in the TSA’s security theater since 9/11. Here are some of the highlights and lowlights:

Nowadays, the TSA runs background checks on all travelers before they even arrive at the airport. Using the Department of Homeland Security’s Automated Targeting System, a massive database that employs algorithms to identify potential terrorists, the TSA automatically places thousands of travelers on the so-called selectee list, which earns them an “SSSS” stamp on their boarding pass and extra screening every time they fly. For travelers who want to avoid extra screening, there’s the TSA’s PreCheck program, which lets passengers keep their shoes, belts and jackets on and skip lengthy lines in exchange for a background check, fingerprinting and a fee.

Although security procedures have gotten more aggressive under the TSA, detection rates seem no better than they were before September 11, 2001. An undercover investigation by the DHS in 2018, found that the TSA had equipment or procedure failure more than half the time.

Numbers don’t lie. The TSA’s failure rate at weapon detection remains strong, which is likely 80 percent at some major airports. And during undercover tests, that failure rate increases. During covert tests conducted by the DHS in 2015, TSA agents failed to detect guns and fake explosives 95 percent of the time. In one test, an undercover DHS agent was stopped and received an “enhanced” pat-down search after setting off a metal detector, but the TSA screener failed to detect the fake bomb taped to the agent’s back.

The U.S. hasn’t suffered any major attacks since 9/11. However, incidents like shoe bomber Richard Reid weren’t thwarted by the TSA – they were stopped by watchful passengers.

How To SPOT a Terrorist

Since 2006, the TSA has spent more than $1 billion on training so-called Behavior Detection Officers (BDOs) who watch passengers for suspicious behavior so they can be singled out for extra screening at airports. The program is called Screening Passengers by Observation Techniques (SPOT).

The specific behaviors that BDOs are trained to look for are supposed to be secret, but a leaked copy of the behavior checklist includes fidgeting, sweating, yawning and “suspicious” eye movements. SPOT operates on a point system. Sweaty palms and whistling earn travelers one point. Arrogance, a cold stare and good posture earn travelers two points. Other indicators include a recently shaved face, looking at the floor, clearing your throat, and complaining about the screening process. Travelers who get enough points can be flagged for extra screening.

Since its inception in 2006, and after spending more than $1 billion, the SPOT program has only identified one man who could be called a terrorist. Kevin Brown, a Jamaican citizen, was waiting for his flight back home at Orlando International Airport in 2008. He checked his two bags, but not before a BDO flagged him as suspicious and ordered extra screening of his checked luggage – which contained pipes, caps, fuses, fuel and a handy printout explaining how to put them all together to make a bomb.

Fewer than one out of the 30,000 passengers who are flagged every year as “suspicious” and are searched, end up getting arrested (usually for carrying drugs, undeclared currency or having outstanding warrants or being in the country illegally). A report by the Government Accountability Office in 2013 surveyed more than 400 scientific studies and found no evidence that terrorists can be identified by the behaviors on the SPOT checklist, and recommended that the TSA cut funding for SPOT and stop training new BDOs.

The Israeli Art of Conversation

Israel faces more terrorist threats than any other country in the world, yet their airport security is a model of sensible, measured response to a very real danger.

The screening process at Ben Gurion International Airport starts with a vehicle and bag inspection before passengers even enter the airport. Once inside the airport, passengers must pass through increasing layers of security, facing heavier and heavier scrutiny until they board. The level of technology at Ben Gurion hasn’t changed much since the 1980s. Metal detectors, X-ray scanners and bomb-sniffing dogs are still considered state-of-the-art.

Under the rules of the SPOT program, a BDO may see a passenger they feel is suspicious. However, the BDO cannot order extra screening unless the passenger displays approved “suspicious” behaviors like clearing their throat or looking at the floor. Since BDOs are supposed to remain undercover, they cannot approach passengers to gauge their intentions through conversation. That forces American airport security to rely on body language alone, which is actually worse than chance at identifying liars and others with concealed intent.

There are three problems with the Israeli screening procedures, however: First, Israelis, in general, are used to higher levels of security scrutiny as part of their overall culture. This means both a greater acceptance of the idea of profiling and police interaction, but also a greater deal of confidence and trust in security and police forces.

Perhaps more importantly, there are potential Constitutional issues. Profiling – racial or otherwise – does not currently violate Fourth Amendment protections, but no one is eager to test this in a court of law. Still, as proponents of the Israeli system are quick to point out, their profiling is behavioral, relying less upon unsuccessful pseudoscience and more upon a general “feel” officers trained in behavioral sciences get from interacting directly with travelers.

The TSA’s poor performance record has led some airports back to the private screening companies that handled security before 9/11. Under the TSA’s Screening Partnership Program, an approval process that typically takes years, airports can hire private security screeners. The only requirement is that the private outfits maintain the same level of security as the TSA. More than 20 local and international airports have joined the program – with San Francisco and Kansas City already onboard and more set to join as the TSA promises waiting times will reach three hours at busy airports during the spring and summer travel seasons.

Private screeners at SPP airports have proven themselves to be more efficient and more effective than the TSA. A report by a House oversight committee in 2013 found that private screeners at San Francisco International Airport were much better at detecting prohibited items than TSA screeners at LAX, and wait times were shorter. As a result of the report, calls are growing in Congress to abolish the TSA and return to private screening companies.